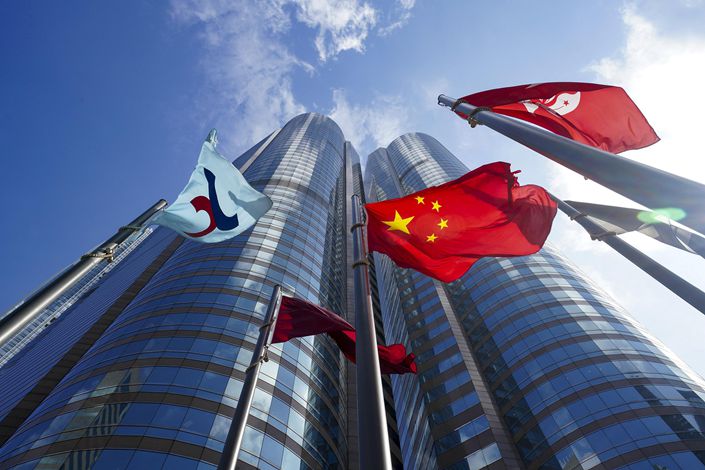 A U.S. executive order that took effect Jan. 11 bans “U.S. persons” from trading the securities of Chinese companies on a list of firms deemed to have ties to China’s military. Photo: VCG

As the U.S. government imposes sanctions on companies that it says are linked to the Chinese military, the impact of the policy is rippling well beyond the country’s borders.

A U.S. executive order that took effect Jan. 11 bans “U.S. persons” from trading the securities of Chinese companies on a list of firms deemed to have ties to China’s military. The order also requires that U.S. persons sell these securities within 365 days of the date that a company gets put on the list.

U.S. persons include not just U.S. citizens, but also any permanent resident, “any person in the United States,” and any entity organized under U.S. laws, according to the order.

Because of the order, some Chinese companies have been delisted or face delisting from the U.S. stock market. After the order took effect, some companies suffered sell-offs of their Hong Kong-listed shares as U.S. investors rushed to dump their holdings by the trading ban deadline, market participants said. That’s because the ban doesn’t just apply to the U.S. market, but any market worldwide.

Violators face a fine ranging from $1,000 to $250,000, depending on the size of the illicit transaction, or even a criminal charge, according to U.S. government rules.

Currently, there are 44 Chinese companies on the list. Earlier this month, one of the companies, China Telecom Corp. Ltd., said that the order had led to big fluctuations in its American depositary receipts (ADRs) and Hong Kong shares, as well as a significant reduction in U.S. investors in its stock. China’s two other major telecom operators, China Mobile and China Unicom, are also on the list. The New York Stock Exchange has delisted all the three companies’ ADRs.

The securities subject to the sanctions include exchange-traded stocks and securities traded on over-the-counter markets, as well as derivatives and mutual funds.