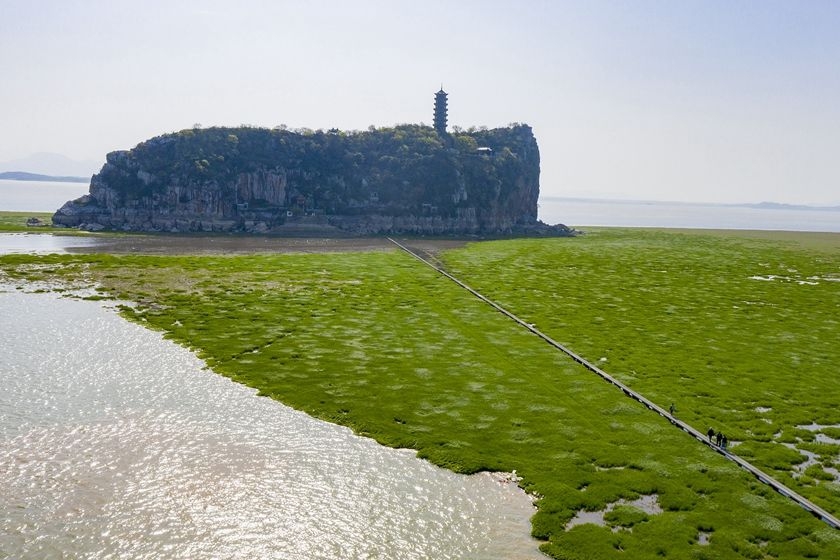 On Monday, visitors walk on a bridge over the grass that emerged as the waters of Poyang Lake receded during the dry season. Photo: VCG 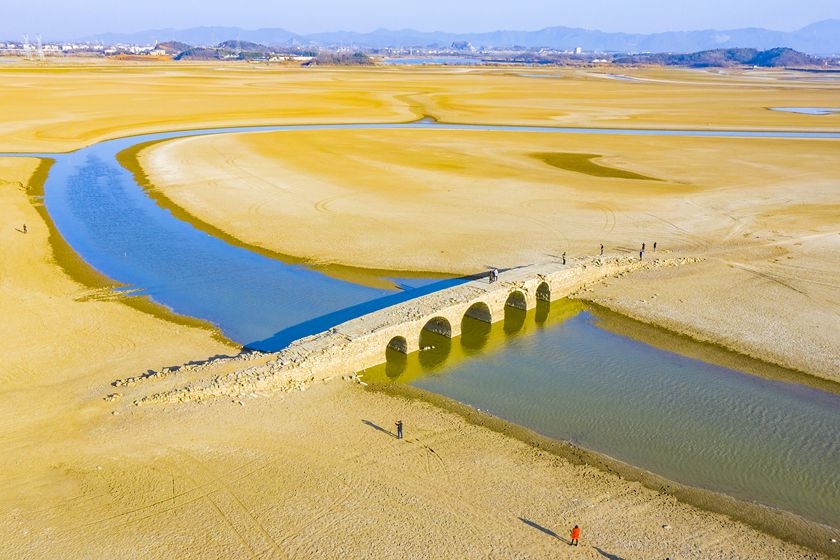 The lake’s falling water level revealed a stone bridge on Jan. 19 on the bed of Poyang Lake, which is located in Jiujiang, East China’s Jiangxi province. Photo: VCG 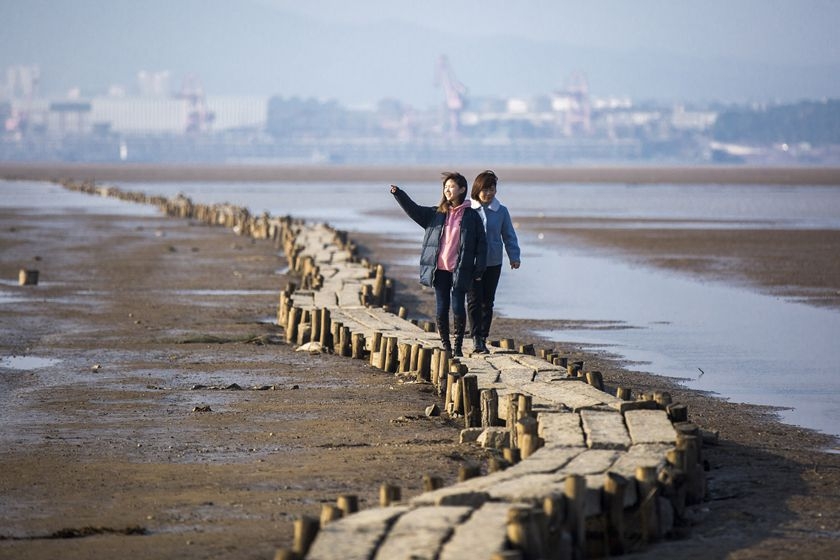 Visitors walk on the lakebed on Dec. 5. Every year, the lake’s waters expand and recede as the seasons change, according to state-run broadcaster CGTN. Photo: VCG 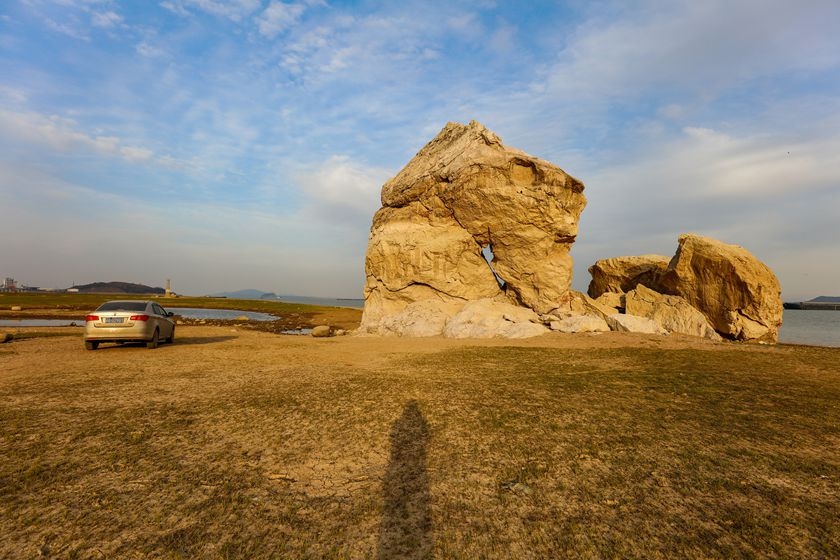 The giant stone, called the “Toad Stone” by locals, stands on the lakebed on Jan. 10. During the wet season, the stone usually remains hidden under the water. Photo: VCG 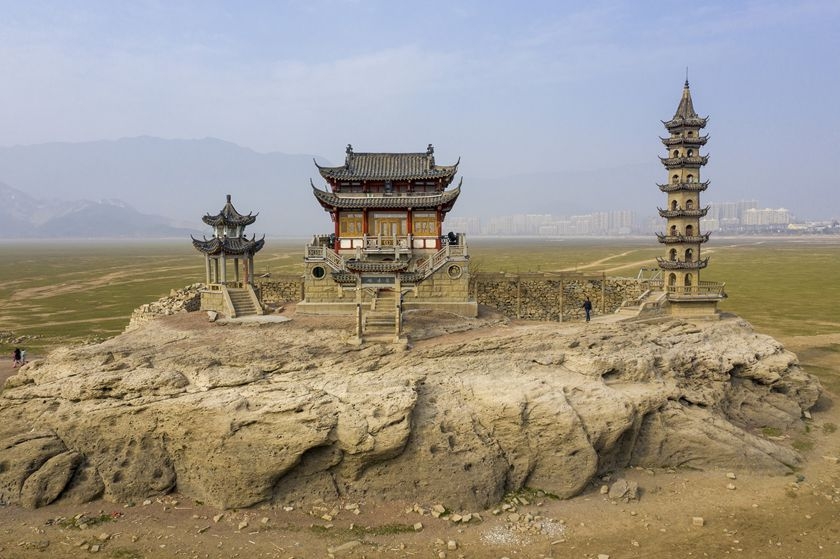 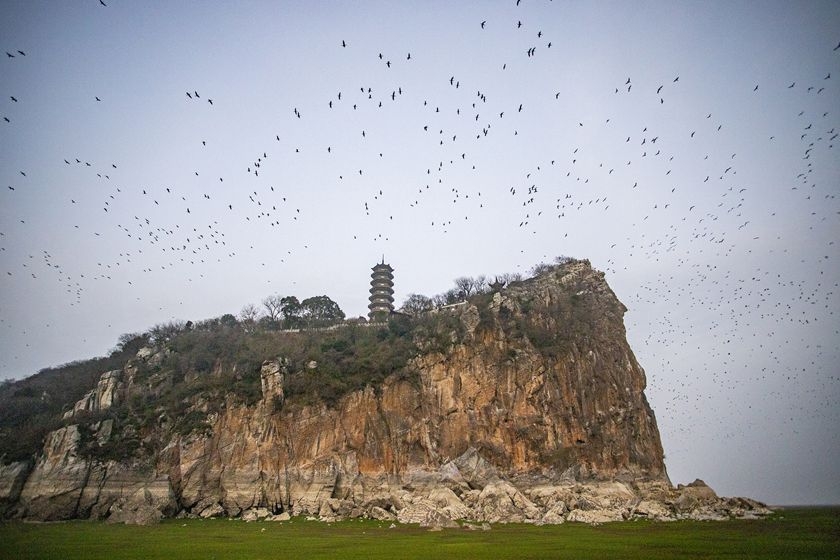 Birds fly around Shoe Mountain on the grass-covered lakebed on Feb. 2. Photo: VCG 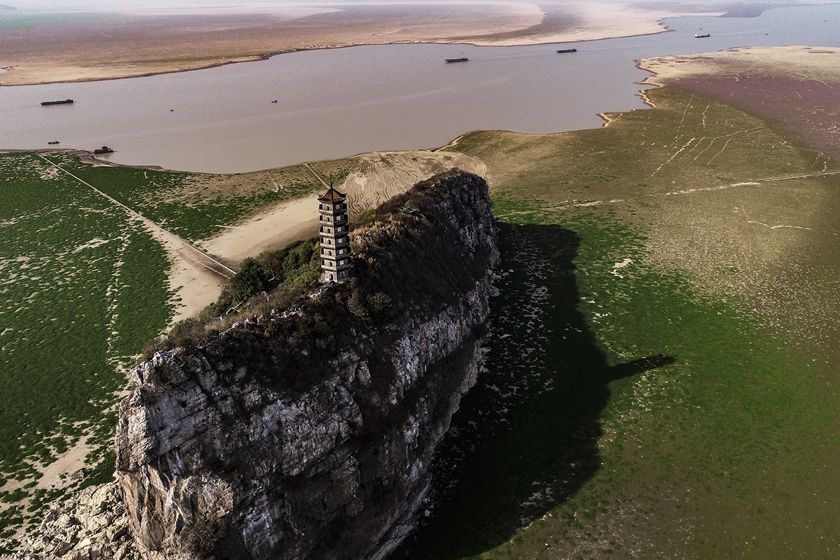 The Shoe Mountain stands in the middle of Poyang Lake in October 2019. Photo: VCG 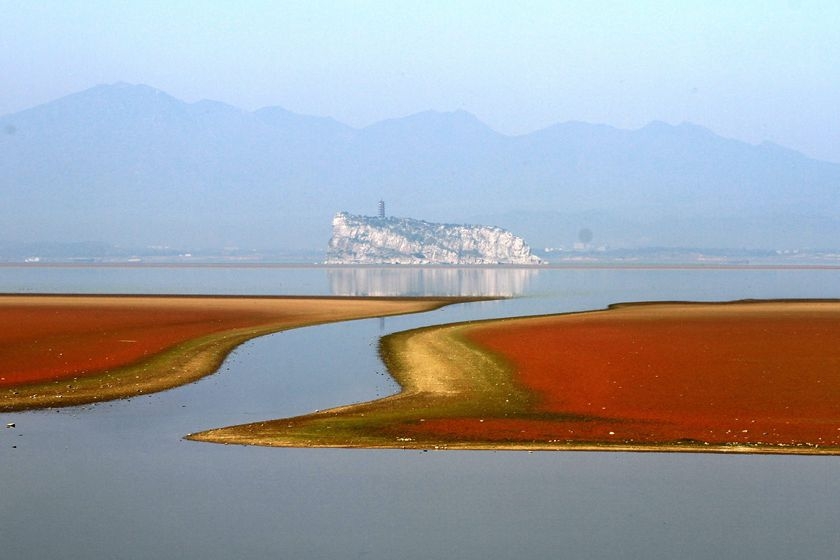 Shoe Mountain can be seen during dry season of 2014. The season usually starts in late September and ends in April. Photo: VCG