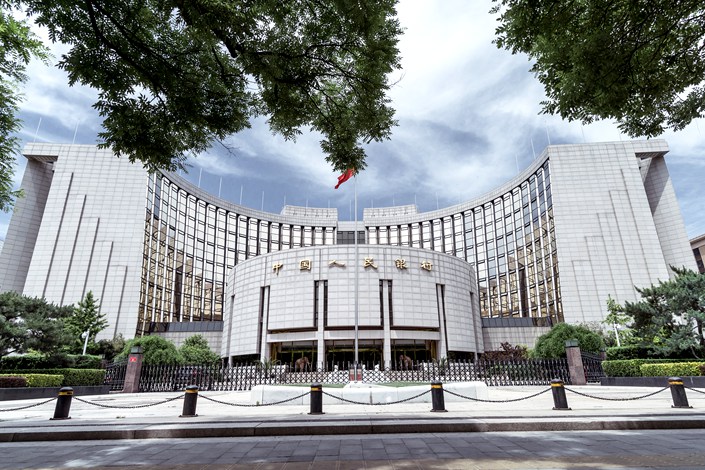 The People’s Bank of China headquarters in Beijing. Photo: VCG

China has released new draft rules with the goal of making credit ratings firms do a better job at rating credit, as the scandal-plagued sector faces a wide-ranging overhaul.

The rules aim to improve the quality of credit ratings, boost the domestic industry’s competitiveness, and allow it to better serve the healthy development of the bond market, according to a draft (link in Chinese) issued Sunday for public comment by five government bodies, including the central bank, the country’s top economic planner and the banking and securities regulators.

The new regulations come as many are asking whether domestic agency ratings have been fulfilling their risk-warning function, after a wave of bond defaults by highly rated state-owned enterprises (SOEs) rattled China’s bond market last year and led to accusations that ratings firms were handing out excessively optimistic ratings to secure clients.

The draft rules directly focus on the industry’s core problems, help establish a framework for future oversight and could better deter credit ratings agencies from malpractice, a senior executive at a credit ratings firm told Caixin.

The draft requires firms to score creditworthiness based on the probability of default and reduce the proportion of highly rated bond issuers to a “reasonable range,” thus allowing investors to better differentiate bonds.

Currently, outstanding bonds issued by companies rated AAA or AA+, the two highest rankings, account for about 80% (link in Chinese) of the whole credit bond market in terms of value. These ratings were mostly given to central government-controlled companies, and large local SOEs and local government financing vehicles (LGFVs).

The process of curbing so-called ratings inflation will be time consuming and involve no sharp turns, a senior regulatory official told Caixin. A sharp ratings downgrade could make it hard for local SOEs and LGFVs to raise cash, therefore triggering defaults and potential risks to the financial system, industry insiders and officials said.

The draft rules tell ratings agencies who slash a company’s rating by three or more notches in one go — a practice typically seen in the wake of a default — to publish an evaluation of whether their ratings model is consistent and whether the ratings results are accurate and stable.

The rules also say that ratings agencies should do more to avoid conflicts of interest, urging them to strengthen efforts to insulate their credit ratings department from other departments. Bond issuers and other intermediaries are banned from interfering with the credit ratings process, under the draft, and would be required to provide relevant materials in a timely manner.

A bad example is Golden Credit Rating International Co. Ltd. In December, the country’s top anti-graft watchdog said (link in Chinese) that two former executives at the state-owned ratings firm took bribes in exchange for inflating the ratings of a number of companies.

Under the draft rules, regulators would lower the credit ratings requirement for the bonds that certain types of investors are allowed to invest in, giving market participants a greater say in their investment decisions. The rules also suggest that investors build up their own internal ratings system and improve risk control, thus weakening their reliance on external ratings.

Investment rules restrict poorly rated issuers’ presence in the bond market, which puts pressure on ratings firms to avoid low ratings. For example, the China Securities Regulatory Commission used to prohibit (link in Chinese) retail investors from buying corporate bonds with ratings below AAA in the exchange market, though the rule was removed (link in Chinese) last month.