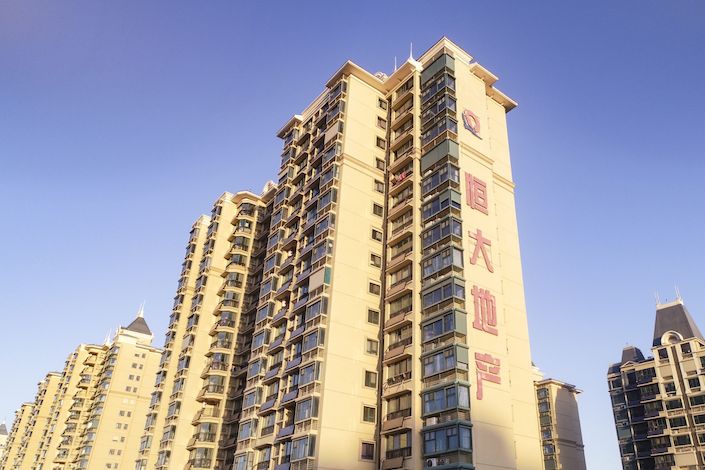 (Bloomberg) — China Evergrande Group sold a stake in its online home and car sales platform for HK$16.4 billion ($2.1 billion) in advance of a planned U.S. listing of the unit as the giant developer taps outside investors to finance growth.

Two Evergrande units issued a combined 1.3 billion new shares of a subsidiary that holds a majority stake in the online business known as FCB Group, the company said Monday in a filing. The investors will hold a 10% stake in the unit after the sale is completed.

FCB Group is weighing an initial public offering (IPO) in the U.S. as soon as the fourth quarter, people familiar with the matter said last week. The portal, currently valued at about 130 billion yuan ($20 billion), separately contacted prospective investors for a pre-IPO funding round, the people said. Evergrande is targeting a minimum pre-listing valuation of 150 billion yuan, according to the filing.

Faced with China’s new lending restrictions on real estate enterprises, the developer is turning to outside investors and public markets to raise funds using related units ranging from property services to electric vehicles. The company sold $3.4 billion of shares in its car unit in January, turning to several investors that also backed the public offering of the services business two months earlier.

Evergrande was among the first Chinese developers to start selling homes online. It ran promotional campaigns as the coronavirus outbreak halted on-site sales. FCB, or Fangchebao, comprises a suite of platforms for buying and selling real estate and other assets including new and used cars in China.

New World’s Cheng and C C Land’s Cheng have had extensive financial ties with Evergrande’s billionaire founder Hui Ka Yan through what’s known locally as the Big Two Club because of their fondness for a Chinese poker game of the same name, according to company filings and media reports.

Investors also include a business controlled by Wang Zhongming, the filing shows. Wang led Shenzhen Greenwoods Investment Group, which invested 5 billion yuan in Evergrande’s EV maker in January. Another company founded by Wang controlled two strategic investors of Evergrande’s onshore unit that had planned to go public in China and later triggered a liquidity scare when it failed to do so, public records show.

If the online sales unit doesn’t complete an IPO on Nasdaq or any other stock exchange within 12 months after the completion of the stake sale, the unit is required to repurchase the shares at a 15% premium.

China Evergrande, controlled by billionaire Hui, jumped as much as 8.5% to HK$16.08 in Hong Kong trading, the biggest gain in two months. The developer’s 2025 dollar bonds rose 2.6 cents on the dollar, on track to be the biggest increase since late December, according to prices compiled by Bloomberg.