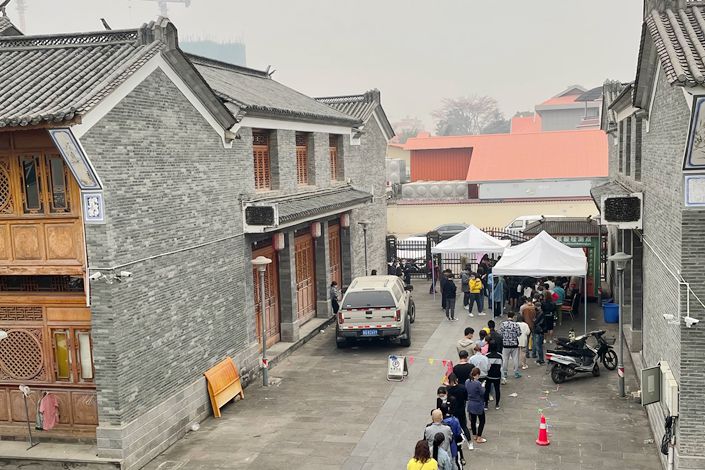 Ruili, Yunnan province, ordered residents to remain at home for seven days beginning Wednesday and has started to roll out mass testing, the city’s Epidemic Control Command Center said in a public statement. According to the statement, those who need to leave their homes for “special reasons” will need to seek permission from authorities in their communities.

All businesses except for supermarkets, pharmacies and farmers’ markets are to shut down, the statement added, without setting a date for reopening.

A task force dispatched by the National Health Commission to manage the outbreak arrived in Yunnan on Wednesday morning, according to state broadcaster CGTN.

The nine have been transferred to medical institutions using negative pressure ambulances, which decrease the chance of cross-infection between patients and medical staff, according to the provincial health authority. Their homes have also been disinfected.

Officials said at a Wednesday morning press conference that one Myanmar national tested positive in the border town of Jiegao on Monday. Subsequent testing of close contacts and other key populations yielded the eight additional positive results.

According to the Ruili government, a lockdown has been imposed in Jiegao since Tuesday morning. On Tuesday afternoon, areas where the patients had recently visited were also locked down.

As of 8 a.m. Wednesday, 317 people identified as the patients’ contacts — or contacts of the contacts — have been tested and quarantined in a preliminary screening, officials said. The government plans on completing citywide testing by midnight. Ruili’s total population was around 210,000 in 2019.

Since last year, Ruili has restricted the flow of people across the border to prevent the spread of Covid-19. In September, two Myanmar citizens who entered the city illegally tested positive for Covid-19, resulting in a one-week citywide lockdown.

This latest outbreak is the largest seen on the Chinese mainland since January, when hundreds of locally transmitted cases were discovered in North China, leading several major cities to go on lockdown and millions of people to undergo mass testing.