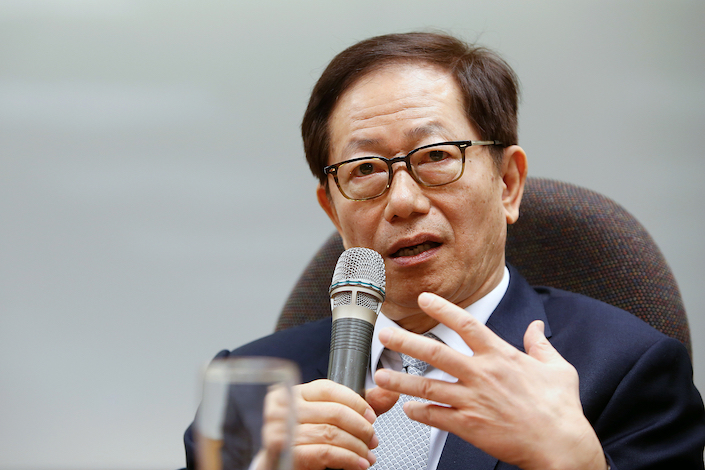 Speaking to reporters at an industry event in Hsinchu in his role as chairman of the Taiwan Semiconductor Industry Association, Liu said uncertainty around the U.S.-China relationship led to a supply chain shift and pushed some companies to double up on orders to secure inventory. Others rushed to fill the market gap left by Huawei Technologies Co. after sanctions crippled its consumer business.

“Uncertainties led to double booking, but actual capacity is larger than demand,” Liu said. How quickly those concerns are resolved “really depends on future U.S.-China negotiations.”

The coronavirus outbreak would have had the same negative impact on production no matter where operations are located, the executive said. TSMC is the world’s leading manufacturer of advanced semiconductors, relied on by customers from Apple Inc. to Xiaomi Corp. Liu said each country developing its own domestic semiconductor industry would lead to a lot of “nonprofitable” capacity.

The U.S. and China have both indicated a desire to expand chip production within their own borders, in part to make themselves less reliant on foreign partners. President Xi Jinping made reducing China’s dependence on the West part of the country’s new five-year policy plan, while successive White House administrations have signaled concern about China’s potential to dominate sensitive cutting-edge technologies.

In the U.S., Intel Corp. recently announced a $20 billion plan to build two new silicon fabrication facilities in Arizona, renewing previously failed efforts to compete with TSMC for business as the manufacturer of chips for others.

Taiwan’s biggest company finds itself at the center of a global crisis of supply as its production capacity has been consumed first by a pandemic-driven surge in demand for personal electronics and more recently by a faster-than-expected recovery in automotive sales.