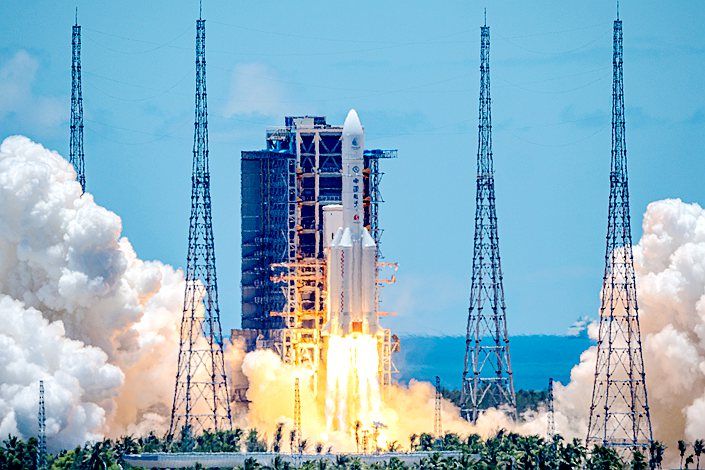 What’s new: Chinese and U.S. space agencies have exchanged orbit data on each other’s Mars probes to reduce risk of potential collisions of their orbiters, signaling that the two sides have been cooperating on space exploration after the new U.S. government took office in January.

The China National Space Administration (CNSA) has conducted “multiple rounds of meetings and dialogues” with its U.S. counterpart, the National Aeronautics and Space Administration (NASA), on sharing relevant data to ensure the safety of each sides’ Mars probes, according to a statement released by CNSA on Wednesday without elaboration.

The announcement came days after Steve Jurczyk, NASA’s acting administrator, confirmed the exchange during a meeting with the U.S. federal aviation authority on March 23, a move intended to lower the risk of a collision with other Mars orbiters, according to a report published by U.S.-based Space News website.

Currently, China’s Tianwen-1 Mars probe, launched in July, has been flying in an orbit around Mars since Feb. 10 and currently aims to land in May or June. The U.S.’ Mars rover, named Perseverance, touched down in February and will stay on the planet for at least one Martian year, the equivalent of 687 Earth days.

Why it matters: The announcement came as China-U.S. relations remain tense after senior officials from the two sides failed to reset their bilateral ties at a high-level meeting in Anchorage, Alaska last month.

However, Beijing and Washington expressed a willingness to keep talking on a limited number of areas open for potential cooperation, such as space and climate change.