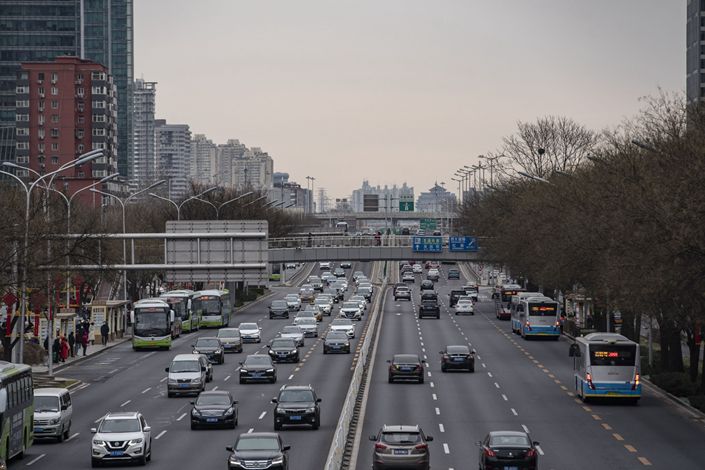 (Bloomberg) — China’s government bonds outpaced their competitors in the first quarter as their haven status helped them stand out as a bulwark amid the global slump. Japan’s securities led developed nations, though still handing investors a narrow loss.

The two north Asian markets helped investors preserve value as signs of a burgeoning global recovery amid the rollout of vaccines pushed up debt yields around the world. A Bloomberg Barclays index of global bonds slid 5.5% in the first three months of the year, the worst quarter in four years. China and Japan had another thing in their favor too: they had the lowest volatility among 44 debt markets tracked by Bloomberg.

Chinese sovereign bonds rose 1% in the first quarter, the only ones to rise among the 20 largest global debt markets, based on data on Bloomberg Barclays indexes. Their lack of correlation with overseas bonds was in their favor as it created an alternative for investors to park funds amid the debt selloff. The securities made the bulk of their quarterly gain in March, when they rose 0.9%, as they bounced back from earlier weakness caused by concern about potential tighter funding conditions.

“The debt tumbled too quickly before the Lunar New Year holiday, as traders bet the People’s Bank of China would tighten liquidity,” said Tommy Xie, head of Greater China research at Oversea-Chinese Banking Corp. in Singapore. “Now, with tighter monetary policy being priced in, the bonds have become resilient and steady.”

Japan’s bonds handed investors a loss of 0.4%, but that put them comfortably in second place in the rankings. Declines were limited by the Bank of Japan’s commitment to keep yields low and stable as part of its efforts to contain the fallout from the coronavirus pandemic. They were also supported by the nation’s superior external balance.

Japanese bonds has the lowest volatility among 44 markets, according to a separate Bloomberg analysis based on available data. The annualized standard deviation of the daily yield change was just 19 basis points in the first quarter, while for China it was 25 basis points. The corresponding figure for U.S. Treasuries was 75 basis points.

While the low volatility can be seen as a successful result of the Bank of Japan’s yield-curve-control policy, the lack of movement has created concern the market is losing its ability to price in investors’ views on future growth and inflation. The BOJ decided to maintain its easing framework after a quarter-long review last month but cut planned bond purchases for April.