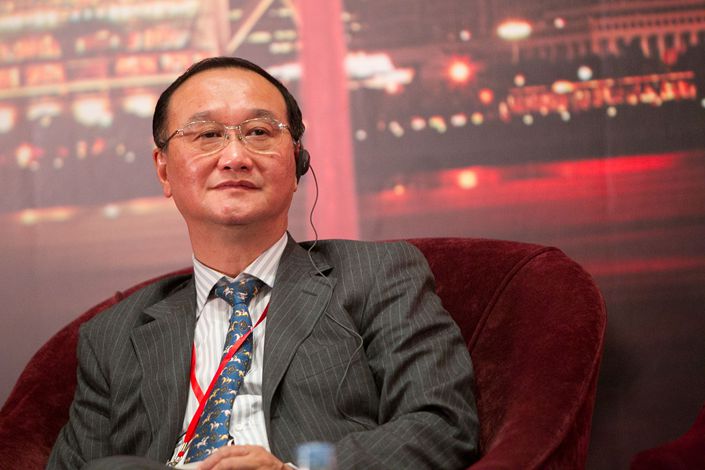 The former chairman of a clearing and settlement platform for the interbank market has been charged with corruption and bribery, the latest senior financial official to fall in the government’s years-long anti-graft campaign.

The Shanghai procuratorate issued a warrant for the arrest of Xu Zhen, former chairman and Communist Party secretary of the Shanghai Clearing House (SCH), nearly four months after the country’s top anti-corruption watchdog said (link in Chinese) he had been put under investigation. The announcement (link in Chinese) of the warrant was released Thursday by the Supreme People’s Procuratorate.

Xu’s case is linked to violations of regulations covering pay confidentiality (密薪制), sources familiar to the matter told Caixin. The rules require salary systems to be made public and decisions on pay conducted through democratic centralism (民主集中) while ensuring confidentiality of individual salaries, according to a March 18 article (link in Chinese) on the website of the Central Commission for Discipline Inspection (CCDI) about its progress in combatting malpractice related to the rules.

But in practice, some leaders and cadres selectively ignored the first two requirements, but only emphasized the principle of “confidentiality,” distorting the rules into tools for personal privilege and internal control, a CCDI official in charge of anti-graft work at the People’s Bank of China and companies linked to it said in the article.

In cases the CCDI has investigated, some company leaders abused their right to distribute pay by offering bonuses to close subordinates and refused to disclose their salaries on the pretext of confidentiality in an attempt to avoid regulatory scrutiny, the CCDI official said, without naming any violators. Xu’s misconduct was related to these issues, the sources told Caixin.

Xu, 63, had worked at the central bank and at its Shanghai branch for more than two decades starting in 1986. He then moved to the SCH when it was founded in November 2009 and headed the organization for about nine years. He first served as the preparatory group leader for the establishment of the SCH before being appointed chairman, general manager, and party secretary.

During Xu’s early leadership, his annual pre-tax salary increased from 600,000 yuan ($91,340) to more than 1 million yuan, and he benefited from an annual personal income tax refund of up to 40% given by the Shanghai government to senior financial talent, sources with knowledge of the matter told Caixin.

After the country’s top leadership pledged (link in Chinese) in August 2014 to ensure the pay gap between senior executives and ordinary employees at state-owned entities controlled by the central government was reasonable and to “adjust unreasonably high salaries,” the Ministry of Finance imposed stricter limits on the annual salaries of senior executives at financial state-owned companies whose appointments are decided by the country’s top leadership. It lowered the upper limit on pay to around 600,000 yuan. From 2015 to 2017, Xu’s annual pre-tax salary was around 574,400 yuan, 611,800 yuan and 632,300 yuan respectively, according to the SCH’s website (link in Chinese).

Faced with a significant drop in salaries, some senior executives sought to selectively implement the confidentiality rules which became a tool for a few people to seek personal gain, the CCDI official said.

Xu did not report the pay cut to Shanghai’s tax bureau or report the tax refund to the central bank, but continued to benefit from the subsidy until he was reported in 2018, the sources said. When discipline inspection officials first spoke to Xu after the tip-off, he refused to admit the concealment of the tax refund citing the pay confidentiality rules, people close to the matter said.

The officials also found that Xu paid himself nearly 10 million yuan through an ad hoc award scheme that was only known to senior executives in charge of accounting at the SCH, the sources said. He was also in charge of the company’s awards and subsidies funds worth tens of millions of yuan. Rather than distributing the money through collective decision-making, he granted himself the sole responsibility for the funds and abused his power to give money to employees who had good relations with him, the sources said.

The story has been updated to correct when Xu Zhen worked for the central bank. He worked there for more than two decades starting in 1986.