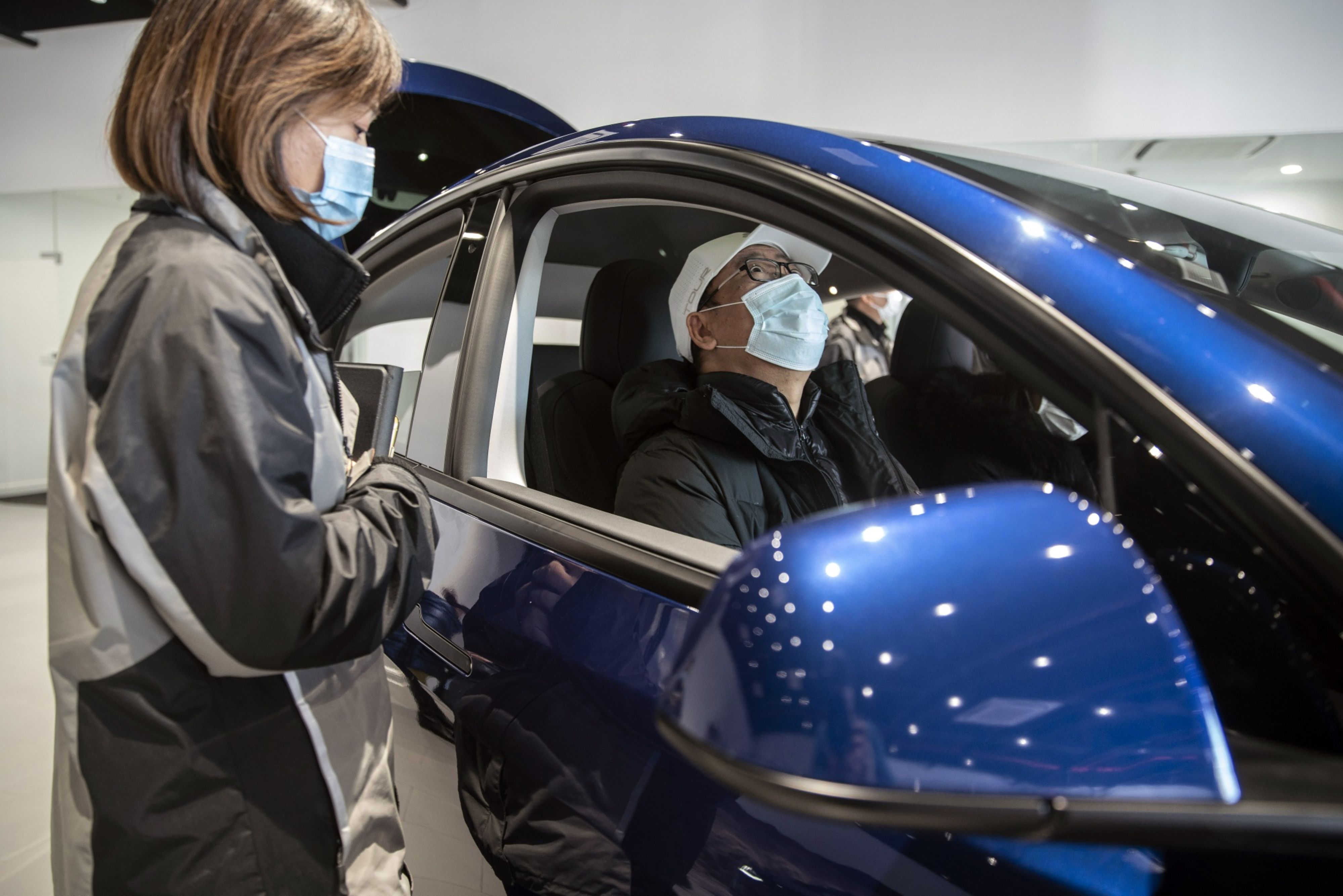 A customer sits inside a Tesla Model Y at the automaker's showroom in Shanghai. Photo: Bloomberg

(Bloomberg) — Tesla Inc. delivered more cars than expected in the first quarter buoyed by sales in China, a strong start to a year in which CEO Elon Musk will be scaling global operations and building two more factories.

The maker of electric vehicles delivered 184,800 cars worldwide in the first three months of the year, up from 180,570 in the fourth quarter, the company said in a statement Friday.

“We are encouraged by the strong reception of the Model Y in China and are quickly progressing to full production capacity,” the company said. The new Model S and Model X have also been “exceptionally well received,” it said, adding that it’s in the early stages of ramping production.

Tesla currently makes the Model S and X only at its factory in Fremont, California, and the smaller Model 3 and Y both there and at its plant in Shanghai. The company doesn’t break out sales by geography, but the U.S. and China are its largest markets and nearly all the sales were of the Model 3 and Y.

The Palo Alto, California-based company recently refreshed the Model S sedan and the X, an SUV. No Model S and X vehicles were made in the quarter, and only 2,000 were delivered in total.

Chief Financial Officer Zachary Kirkhorn warned in January that production would be low due to the transition to the revamped products, while the global semiconductor shortage and delays at ports were also expected to weigh on the quarter. Analysts surveyed by Bloomberg had expected deliveries of 169,850 — Dan Ives at Wedbush said Wall Street was penciling in a number as low as 160,000.

The quarter was “a massive home run in the eyes of the bulls,” Ives said in a research note Friday. “We believe China and Europe were particularly robust this quarter as the trajectory now puts Musk & Co. to exceed 850k for the year which is well ahead of whisper expectations.”

Tesla said its delivery count should be viewed as slightly conservative and final numbers could vary by as much as 0.5% or more.

The quarterly delivery figure is widely seen as a barometer of demand for both Tesla’s vehicles and consumer interest in electric vehicles worldwide as legacy automakers roll out electric cars of their own.

After a remarkable run in 2020, Tesla’s shares are down roughly 6% this year. Friday was a market holiday in the U.S.