China Signals Willingness to Further Open Up Its Military-Controlled Skies

By Huang Rong and Lin Jinbing 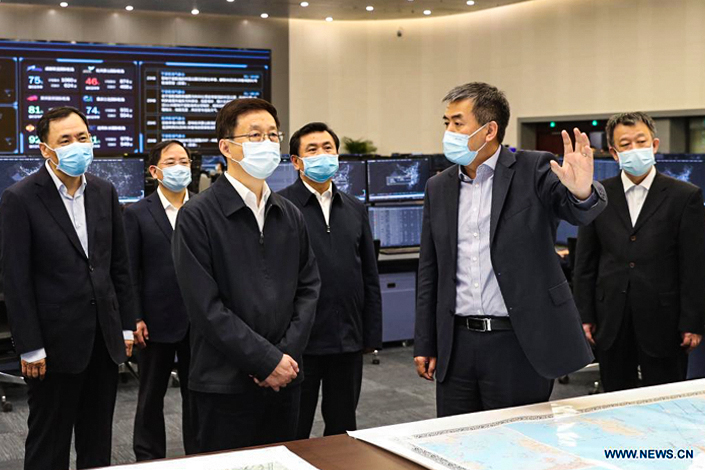 China’s top leadership has set up a new air traffic management body in sign that the government is open to making more of the country’s tightly restricted airspace available to civilian use, which has long been blamed for chronic delays in domestic flights.

Although it remains unclear whether the new body is a replacement for China’s top air traffic control body, the Air Traffic Control Commission (ATCC), its creation could represent one of the biggest reforms of China’s airspace regulation in 35 years.

Civil industry insiders cast the new body, which is led by Vice Premier Han Zheng, as a positive signal of policymakers’ efforts to speed up airspace reform in one of the world’s largest commercial airline markets, as the industry has long called for the military-dominated ATCC to allow more airspace for civil use to meet growing demand for passenger flights.

The ATCC was founded in 1986 under the State Council and the Central Military Commission, respectively the country’s cabinet and top military decision-making body.

Unlike in many countries, where air space is restricted for military use only in limited areas, all of China’s airspace is entirely under military control, with only narrow lanes approved for civilian use. That has made it difficult for airlines to open new flight routes in the country, which is a primary contributor to flight delays.

Less than 30% of China’s airspace is available for commercial flights and other civilian aircraft, compared with about 90% of the airspace in the U.S. and Europe, Li Jun, a former deputy chief of the Civil Aviation Administration of China, the civil aviation watchdog, said in a 2018 article (link in Chinese).

In recent years, the clash between China’s military and its airline industry over the use of airspace have become increasingly evident amid growing demand from both sides, a midlevel civil aviation official told Caixin.

Li said that airspace management reform had already reached the point where it required fundamental changes. “Insufficient airspace has become the biggest bottleneck restricting the development of civil aviation,” he said.