China Tells Japan Not to Side With U.S. in ‘Great Power Rivalry’ 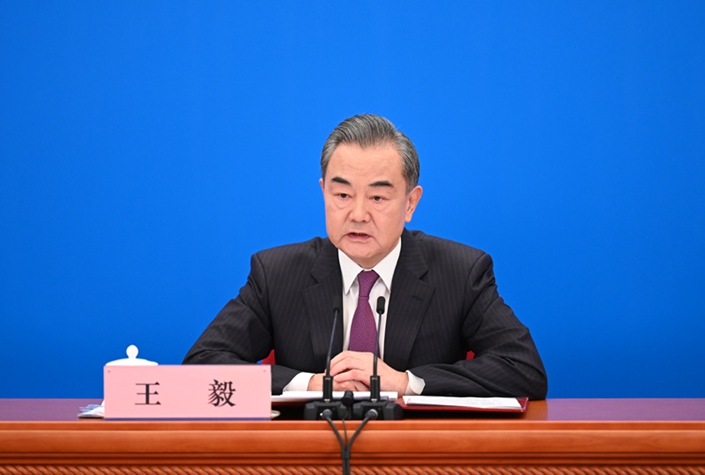 What’s new: Japan should have an “objective and rational” view of China’s development and avoid siding with the U.S. in a “so-called great power rivalry,” Chinese Foreign Minister Wang Yi told his Japanese counterpart Toshimitsu Motegi in a phone conversation Monday.

Wang urged the two sides to “cherish and maintain the hard-won improvement of Sino-Japanese relations” and prevent their ties from “being tossed around, stagnating and even going backwards,” according to a statement (link in Chinese) released by the foreign ministry.

Striking a tough tone, Wang also warned his Japanese counterpart not to interfere in China’s domestic affairs, including issues related to Xinjiang and Hong Kong. “Don’t extend your hand too far,” Wang said.

Why it matters: The Chinese foreign minister’s warnings came ahead of Japanese Prime Minister Yoshihide Suga’s upcoming visit to Washington for a summit with U.S. President Joe Biden on April 17. Suga will be the first foreign leader to meet Biden in person since the new U.S. government took office in January.

Japan appears eager to develop close ties with the Biden administration, while joining Western countries in voicing an increasingly tough tone over Xinjiang and Hong Kong.

Last month, Japanese and U.S. defense chiefs also agreed during their meeting in Tokyo to closely cooperate in the event of a military clash between the Chinese mainland and the Taiwan region.