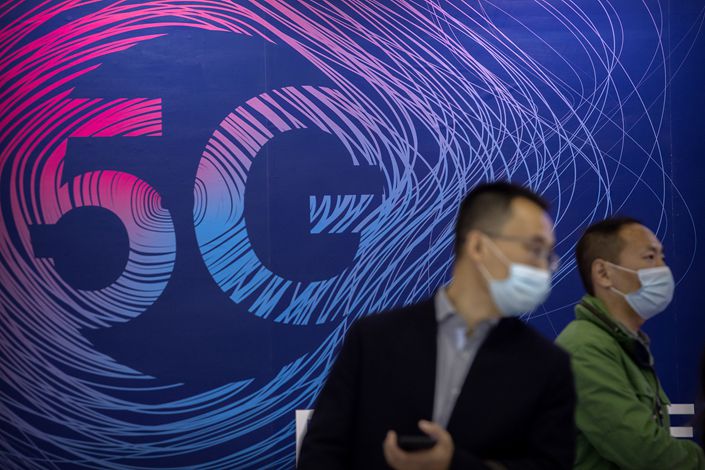 The pace of China’s 5G network build-out has become the subject of heated debate. While some argue the state-of-the-art high-speed network should be widely used by everyone like the current 4G, others say it should be focused on industrial scenarios and industry clients.

On the one hand, 5G was developed as a globally unified telecommunications standard at the technical level, taking into account the needs of both individual consumers and businesses during its creation.

At the application level, 5G is new to vertical industries and thus they will require time to adjust and tap its potential. At the same time, experience from 4G and well-established commercial models shows that 5G will play a role in promoting telecom carriers and related industries.

The design of 5G technology has taken both the general public and vertical markets into consideration. What is 5G? The 3rd Generation Partnership Project (3GPP) is an umbrella term for a number of standards-setting organizations that develop protocols for mobile telecommunications — from operators to the manufacturers of equipment, chips and terminals.

As defined by the 3GPP, 5G is the technology behind fifth-generation mobile networks, capable of download speeds in the gigabits per second range, latency in milliseconds, mass-scale connections and more.

The 5G R15 standard was finalized in June 2018, establishing technical definitions for the structure of 5G and enhanced mobile broadband, which offers wide coverage, high capacity and basic network performance, and is fully applicable to the public market.

At the application level, the biggest issue is the current lack of 5G apps that can effectively attract consumers. Many might say that a 4G network is enough to support high-definition video, online games and other applications. So why do we need a 5G network?

Indeed, it is difficult for ordinary consumers to notice the changes brought by 5G, beyond a slightly faster download speed. However, this fails to appreciate the significance of the entire network.

Following China’s issue of 4G licenses starting in 2013, many devices that run on the technology have been in use for seven to eight years and are in need of upgrades or replacement. Meanwhile, the rise of new applications like short video and livestreaming platforms including Douyin and Kuaishou has caused individual user traffic to grow by about 30% every year.

As personal services grow further in the coming years, 4G networks in cities like Beijing and Shanghai will inevitably be faced with capacity problems. Directly applying more advanced 5G technology is the obvious way to update and expand network capacity. In the long run, it is also more cost-effective, as 5G features greater capacity and higher spectrum efficiency than 4G, and, in theory, lowers costs for data transmission.

Operators’ network layouts are likely to feature a majority of traffic borne by 5G networks overlying a 4G foundation for a long time to come. This is where the debate over 5G’s role as a basic network begins.

Applying 5G to industrial applications is like crossing a river by feeling the stones. Operators and vertical industries will need to work together. There are some very industry-specific needs that will come up in the process of creating applications for customers like power grid or mine operators, requiring specific technical upgrades. This is a technical matter in 5G applications that can be resolved through continual in-depth exploration, which should be normal in the early stage.

Similar explorations were made for the application of 4G to vertical industries in its early days. But with its 100-millisecond latency and insufficient connectivity, the necessary conditions for industrial applications simply weren’t there. 5G can handle more of vertical industries’ demands. For example, 5G latency is currently only 10 milliseconds, and this is expected to fall to just 1 millisecond after devices are optimized.

The creation of 5G applications for vertical industries cannot be realized by the efforts of operators or even the whole communications industry alone. It will require industry clients to have a clear understanding of their transformation and be willing to make necessary investments. That will take time.

Development of 5G applications will be easier for the public market. New scenarios such as virtual reality and augmented reality might be developed on large scales, just as the 4G era saw the emergence and proliferation of short video applications.

Without large-scale development in the public markets, it will be difficult to lower the cost of 5G devices, chips and terminals, which could make vertical industry customers less accepting of the technology. In the initial stage, 5G networking devices will consume more power, so operators’ investment costs will likewise be quite high.

Nevertheless, operators are not simply building their 5G networks in a random way. They are proceeding based on demand while awaiting better equipment and lower prices that typically come as technologies mature.

Altogether the three operators invested 87.9 billion yuan in 5G. China Unicom and China Telecom are taking a realistic approach by building a shared network for more savings. Their overall network operating costs are within a moderate growth range.

The Ministry of Industry and Information Technology issued 4G licenses in December of 2013. Within 12 months some 850,000 4G base stations had been built. In 2015, the figure had doubled from the year before, reaching 1.77 million. After 5G licenses were issued in June 2019, about 718,000 5G base stations were built within 18 months. As the major market players, telecom operators will likely invest in 5G network construction within based on their own needs and resources. They have already reached a consensus that while business applications reflect 5G’s greatest value, demand from general consumers will be an indispensable foundation.