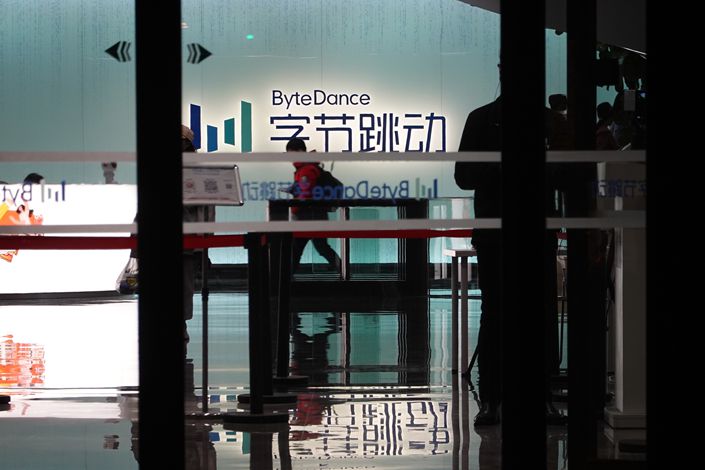 ByteDance had previously been ordered to deposit $11 million into an Indian state bank, two months after its popular TikTok app was permanently banned in the country. Photo: VCG

TikTok owner ByteDance Ltd. said on Wednesday an Indian court’s decision will “unblock” its money in the country as it awaits the outcome of a tax evasion probe, following its argument that such a freeze was hurting its ability to operate locally.

The company’s interpretation of the decision by the Mumbai High Court contrasted with a government source cited by Reuters, which believed ByteDance would still be banned from using the funds for other purposes until the money is deposited into a state-owned bank.

The Chinese short-video operator had previously been ordered to deposit $11 million into a state bank, two months after its popular TikTok app was permanently banned in the country.

At the heart of the dispute is a probe that started in July 2020. The matter heated up last month when India’s tax authority ordered the local operations of HSBC and Citibank in Mumbai to freeze the company’s accounts, as they accused the company of suppressing certain transactions and claiming excessive tax credits.

The Mumbai High Court later said ByteDance would need to keep the equivalent of the disputed amount of taxes in a state-run bank until the matter was resolved, according to Reuters. It added that the company only had the equivalent of $10 million at the two banks, citing a court filing by ByteDance.

ByteDance challenged the decision at a March 31 court date, with the court putting off its decision until Tuesday.

“We are pleased that the Honorable High Court agreed with us that our bank accounts in India should be unblocked,” a ByteDance spokeswoman said. “This decision allows us to continue carrying out our operations in India and looking after our employees. We are prepared to take further steps required by the court and are confident in our position on this tax matter.”

But Jitenda Mishra, who was counsel for India’s federal tax authority, told Reuters the money cannot be used for other activities and the amounts remain frozen until the cash is transferred to a state-owned bank.

The latest clash comes after India issued a permanent ban in January on the local operations of TikTok and other apps run by Chinese internet companies, saying they posed privacy and national security risks. The ban made permanent a temporary measure first taken in June 2020. The government gave the companies a list of follow-up points it wanted clarified after the initial temporary move, but said in January it was dissatisfied with the app operators’ responses.

TikTok was among a growing list of homegrown Chinese technology companies that have met with headwinds overseas as a result of the escalating geopolitical tensions between China and other countries including India and the U.S.

Before the TikTok ban, India had been the app’s second largest market outside China with more than 100 million monthly active users. One week after the permanent ban, TikTok said it planned to cut more than half of the app’s operational staff for the India market, equating to about 30 employees, Caixin reported citing sources close to the India team.

ByteDance told the court it still employs 1,335 people in India, including 800 outsourced staff.