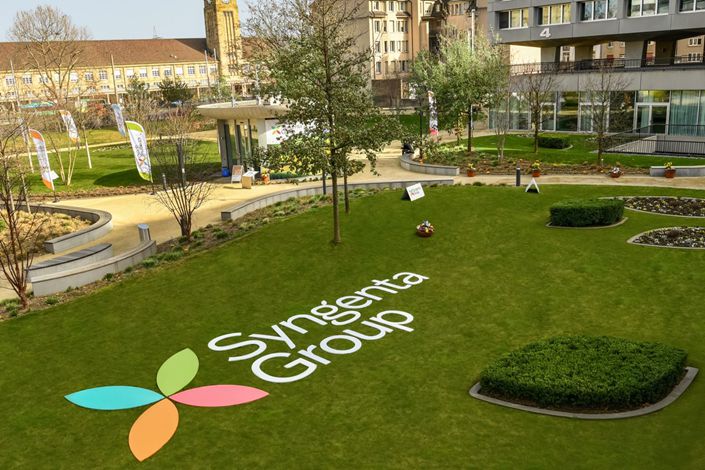 The new Syngenta Group is Chinese-owned but based in Switzerland. It has previously said it hopes to make an IPO in China by the middle of next year. Photo: Syngenta Group

Agricultural giant Syngenta Group on Wednesday announced small gains in its revenue and operating profit in 2020, as it released its first annual report since taking on its current form last year through the combination of Chinese-owned assets in Switzerland, Israel and China.

The group’s revenue reached $23.1 billion last year, up a modest 5% from 2019, it said in the announcement. Because it is not a publicly traded company, Syngenta Group isn’t required to release detailed financial results.

Its Syngenta AG unit, which is Syngenta Group’s largest asset, last week announced its own results that showed its revenue rose a similar 5% last year to $14.3 billion, accounting for about 62% of Syngenta Group’s total. Syngenta AG was previously publicly traded but delisted in 2018 after its purchase by China National Chemical Corp. (ChemChina). But it continues to issue some financial reports.

Syngenta Group’s other main assets include its Israeli-based Adama unit, as well as ChemChina’s agricultural businesses. The Chinese state-owned giant first purchased a majority of Adama about a decade ago, and acquired the remainder in 2016. It completed its purchase of Syngenta AG a year later in a landmark deal worth $43 billion, much of that paid for with debt.

The new Syngenta Group is Chinese-owned but based in Switzerland. It has previously said it hopes to make an IPO in China by the middle of next year.

In the latest report, Syngenta Group said it posted earnings before interest, taxes, depreciation and amortization (EBITDA), often seen as a type of operating profit measure, of $4 billion last year, representing a slight 3% gain from 2019. Its Syngenta AG unit had previously reported its operating profit rose by 9%, while its net profit fell 2% to $1.4 billion.

In the report, the group said its “revenue synergy targets exceeded $450 million,” which, when combined with operational synergies, contributed $200 million to its profit for the year.

“The official launch of Syngenta Group in June 2020 made us the world’s most local agricultural innovation and technology partner,” said Syngenta Group CEO Erik Fyrwald. “Our results showcase our positive momentum across all business units and highlight the topline growth in all regions, especially in China and Asia-Pacific.”

ChemChina’s purchase of Syngenta AG in 2017 more than doubled the Chinese firm’s total assets, but also propelled its debts beyond 434 billion yuan ($66.3 billion), up 88% from six months prior to the acquisition, raising questions about the state-owned giant’s ability to integrate the Swiss company. Those debts continued to grow, hitting 647.58 billion yuan at the end of September 2019, when the company’s asset-liability ratio swelled to 77.38%.