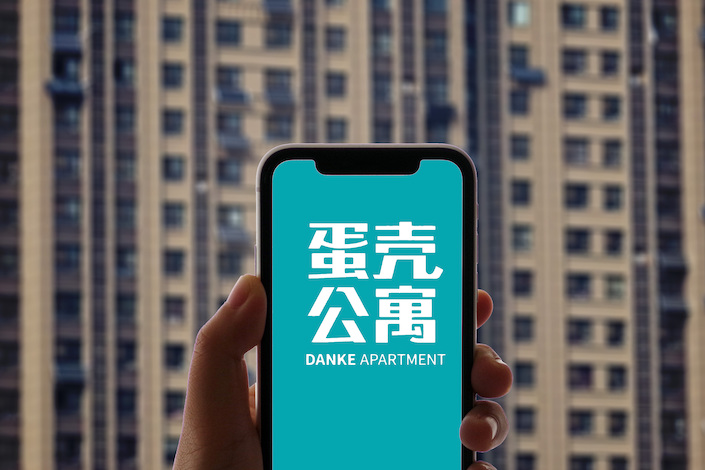 Danke has not reported financial results since the first quarter of 2020 when it posted a net loss of 1.23 billion yuan

The New York bourse said Tuesday in a statement that it will commence proceedings to delist the company’s American depositary shares (ADSs), which trade under the name of Phoenix Tree Holdings using the ticker DNK.

Danke has not reported financial results since the first quarter of 2020 when it posted a net loss of 1.23 billion yuan ($188 million). The NYSE in mid-March halted trading in the company’s stock.

Founded in 2015, Danke fell into a financial crisis in early 2020 as the Covid-19 pandemic cooled the rental market. It quickly escalated after the June detention of Gao Jing, Danke’s founder and CEO. Although the investigation of Gao is said to be unrelated to Danke’s business, the incident slammed the brakes on the company’s fundraising, leading to an immediate collapse of its highly leveraged business model. All of Danke’s services were halted in late December.

The failure of Danke’s controversial business model sent shock waves through China’s massive rental market and sounded alarms over the online rental industry’s debt-fueled growth. Danke and its competitors rent flats from landlords on long-term leases and then sublet the properties to tenants after making renovations.

The companies are supposed to make money on the premiums they charge tenants over the rent they pay landlords. But to attract tenants and landlords, many players like Danke have been offering higher rents to landlords than they collect from tenants.

Like many industry counterparts, Danke required tenants to pay a year’s rent upfront and encouraged them to raise the cash by signing up for rental loans with partner banks. This allowed the company to pool tenants’ money to fund further business expansion. But as its cash flow collapsed, it faced massive debt claims.

Before the crisis, Danke managed 415,000 flats across 13 big cities in China. Despite its rapid expansion, the company didn’t make any money.

The collapse of Danke and its massive debt disputes triggered protests in many cities, forcing local governments to step in to mitigate social turmoil.

The delisting will come just over a year after Danke raised $130 million in an initial public offering in New York in January 2020. Before the flotation, the company raised more than $600 million from global investors including Joy Capital, Tiger Fund, China Media Capital and Ant Group.