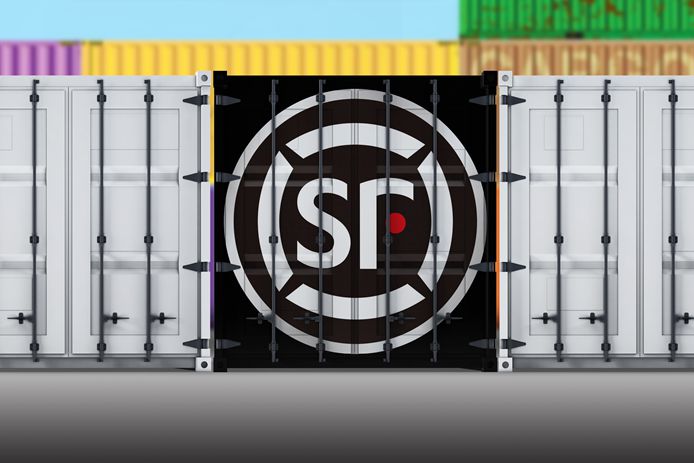 SF Holding, the company behind one of China’s top delivery firms, expects to report a net loss of about 900 million yuan to 1.1 billion yuan in the first quarter of this year. Photo: IC Photo

SF Holding Co. Ltd. (002352.SZ), one of China’s top delivery firms, said it expects to book a loss for the first quarter this year, as the rapid expansion of new businesses pushed costs skyward.

The courier expects to report a net loss of about 900 million yuan ($137.4 million) to 1.1 billion yuan in the first quarter, compared to a net profit of 907 million yuan in the same period in 2020, according to a Thursday filing (link in Chinese) to the Shenzhen Stock Exchange. The company didn’t release revenue estimates.

The loss, SF Holding said, was primarily due to expanding new businesses and the large amount of resources this required over the last few quarters. In May 2019, the company set up a new division catering specifically to e-commerce deliveries, which typically brings in lower shipping fees than its other services. In 2020, the e-commerce delivery unit generated about 44.1 billion yuan in revenue, up 64% year-on-year and contributing over 40% of its entire revenue, according to its financial results.

“The fast growing e-commerce delivery services did bring in a lot of revenue, but the new business also had an impact on the existing shipping network to some degree and squeezed its resources,” a source at SF Holding told Caixin, adding that the company needed to establish a new shipping network dedicated to e-commerce deliveries. “That involved adjusting shipping routes and reallocating vehicle resources,” the source said.

Shares of SF Holding on Friday plummeted by the daily limit of 10% in wake of the late Thursday announcement, closing at 72.72 yuan per share, representing a 19.6% drop this year.

SF Holding also said in the statement that massive growth in demand during the pandemic caused some shipping capacity issues. As such, in the fourth quarter, the company started to expend more resources to accommodate this increased demand, adding to costs in that quarter and the start of this year. It said that it expects this pressure on capacity to ease in the second quarter of this year before growing further in the second half of this year.

Another factor was extra wages for staff during the weeklong Lunar New Year holiday in February, pushing up operating costs, SH Holding said.

Analysts at SWS Research Co. Ltd., the research arm of Shenwan Hongyuan Securities Co. Ltd., said in a Friday research note (link in Chinese) that SF Holding is likely to keep its leading position in the industry as it boosts the quality of its services. They added that in the second and third quarters of this year, profits could recover to normal levels.

SF Holding has embarked on a deal-making spree, including a $2.3 billion acquisition, a $3.4 billion private placement and an IPO for a subsidiary as it seeks to boost automation and expand its scale. In February, it announced that it will acquire a 51.8% stake in Kerry Logistics Network Ltd., owned by Malaysian sugar tycoon Robert Kuok, for HK$17.6 billion ($2.3 billion) in cash. The deal is expected to be completed by the fourth quarter.

SF Holding also plans to open its own airport in Central China’s Hubei province this year, in what will be the country’s first airport dedicated to cargo-carrying aircraft. The project, worth 32.1 billion yuan, was co-funded by Hubei.

Anniek Bao contributed to this report.