By Yuan Ruiyang and Flynn Murphy 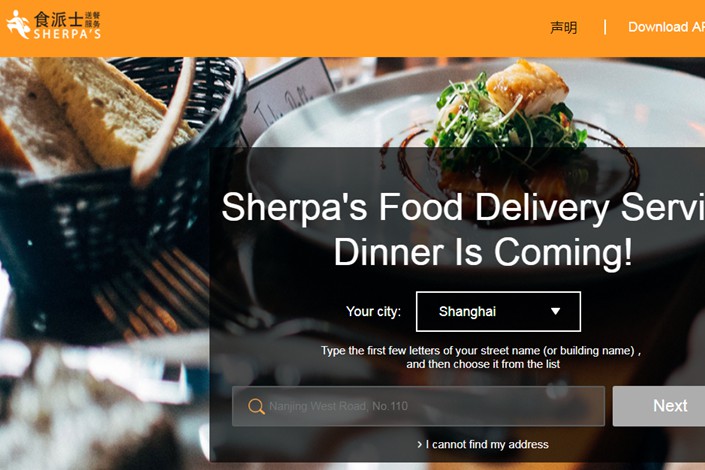 Sherpas, an online food ordering platform popular among expats in China, has been fined 1.17 million yuan for forcing vendors to “pick sides.”

Days after it handed Alibaba a record fine over a range of anti-competitive activity including exclusivity deals with merchants, China’s market regulator fined a local foreigner-focused food delivery platform for similar practices.

On Monday, the Shanghai branch of the State Administration of Market Regulation (SAMR) announced on its official WeChat channel that it had fined Sherpas 3% of its 2018 revenue, or 1.17 million yuan ($178,000).

Established in 1999, Sherpas is one of just a handful of English-language food delivery platforms operating in Shanghai. It connects users with brick and mortar restaurants, who then pay it commissions on orders. It also operates in Beijing and Suzhou.

From January 2017 to October 2019, the regulator found it used its dominant position in the city’s English-language online takeout market to force restaurants into exclusivity deals by making them “pick a side” — the same charge leveled against Alibaba.

Those who did not comply were threatened with expulsion, which was particularly onerous given market research that showed the reliance of some restaurants on the English-language platform.

Those practices helped Sherpas grow its share of daily orders and sales to more than 90% of its market segment, up from 60% in 2017, the regulator said, adding that this distorted the market and harmed the interests of rivals and consumers.

With a more sophisticated distribution system and vastly more consumer data and resources, Sherpas dwarfed foreigner-focused competitors such as Mealbay, founded in 2006, and Jinshisong and ekDelivery, which were founded in 2015 and 2016 respectively. Mealbay ceased deliveries in December 2017, and the other rival apps have seen their sales decline sharply in recent years.

The regulator said it began looking at Sherpas after a tipoff in June 2019, and began a formal investigation two months later. Inspections, first-hand evidence and third-party market analysis were some of the methods it used to determine the firm had breached China’s Anti Monopoly Law.

The Shanghai SAMR notified Sherpas on Dec. 21, 2020, that it had a case to answer, but the company did not respond within the statutory time limit, the regulator said.

In a full judgment posted on the market regulator’s WeChat channel, it said the fact Sherpas uses English means it effectively operates in a separate market from its Chinese-language peers, giving it distinct power. The regulator said that its survey of “foreigners” found nearly 90% only use takeout platforms that have an English language option. Less than 3% of Chinese respondents could name an English language takeout app in Shanghai.