By Timmy Shen and Niu Mujiangqu 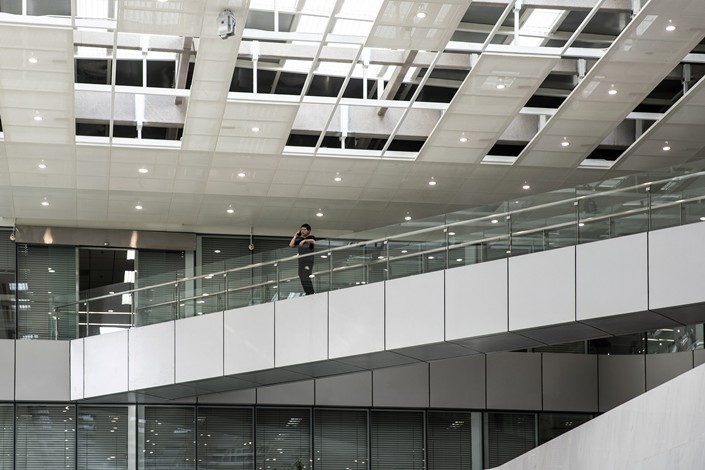 In the first quarter of 2020, 16.6% of Beijing’s Grade-A offices were unused, according to a new report. Photo: VCG

The vacancy rate of Beijing’s highest-quality office buildings is expected to continue to climb this year as more supply enters the market, new research suggests, with rents expected to fall by 3% to 3.5% as a result.

In the first quarter of 2020, 16.6% of Beijing’s Grade-A offices lay unused, an increase of 0.8 percentage points from the previous period, according to a report published this week by real estate services provider Savills PLC.

While new projects in far-flung places like Lize are pumping up vacancy rates citywide, sought-after areas like the tech hub of Zhongguancun and Beijing Financial Street are said to have remained relatively stable with low vacancy rates and high demand.

Overall, Grade-A office rents in Beijing continued to fall in the first quarter but the decline narrowed to 0.8%, 2.4 percentage points lower than in the fourth quarter of 2020, according to another recent report by property services firm Cushman & Wakefield.

Savills estimated that this year Beijing’s Grade-A office supply will increase by 1.38 million square meters, against demand of just 400,000 square meters, which could push up the vacancy rate to 18% to 20%.

Savills ranks office space as “A-Grade” using a points system that factors in things like floor loading, power availability, location and transport options, and even the quality of air conditioning and filtering. There is no international standard for office grading, but ratings are relatively consistent among the world’s big real estate firms.

Beijing’s office vacancy rates started to rise significantly in 2019. Savills’ data show that in 2019 the new supply of Grade-A office space in the capital city amounted to over 1.3 million square meters, about the same as for 2017 and 2018 combined.

Shenzhen also saw office rents dropping due to high vacancy rates. Rent in Shenzhen’s Grade-A offices fell by 1.6% quarter-on-quarter in the last three months of 2020, marking the ninth straight quarter of decline and a 6.3% year-on-year drop. The office vacancy rate there stood at 27.9% in the fourth quarter of last year, according to Savills.