In Depth: China Aims to Hold Down Property Prices With Land Auction Overhaul

By Luo Meihan and Wang Jing 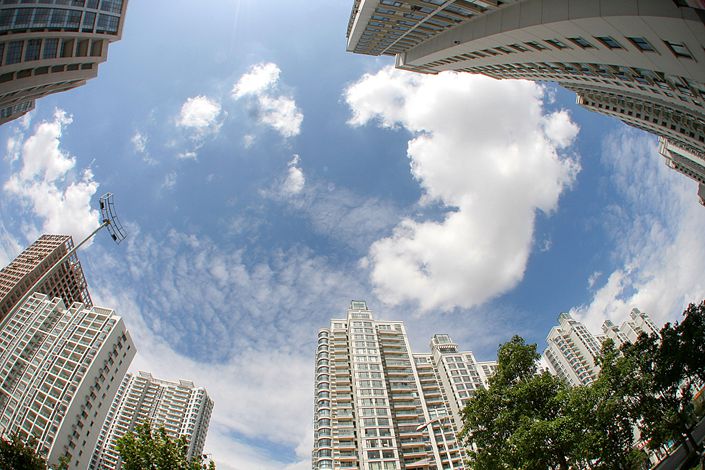 A total of 22 Chinese cities, including Beijing, Shanghai, Guangzhou and Shenzhen, have been instructed to announce plans to hold no more than three auctions each year for land for residential use. Photo: VCG

Some of China’s largest cities plan to hold fewer residential land auctions for real estate developers and schedule them well in advance as part of a controversial plan to keep property prices in check.

The overhaul of how local governments sell land — technically the rights to use the land — is the latest measure by officials to maintain a grip on the property market due to the destabilizing effects that wild swings in home prices can have on society and the economy.

A total of 22 cities, including Beijing, Shanghai, Guangzhou and Shenzhen, have been required to announce plans to hold no more than three auctions each year for land for residential use, according to documents from the Ministry of Natural Resources that were circulating online in February. These local governments also need to release a schedule for all of their auctions for the year around the time they announce their first sales.

China’s central government has not publicly announced details of the change yet, but since mid-March, a dozen local governments have announced their first residential land auctions, including 11 releasing their auction schedules for the year, as per the ministry guidelines.

After the documents appeared online, an unnamed official told the state-run Xinhua News Agency (link in Chinese) on Feb. 26 that the ministry would require major cities to “centralize” the supply of land for residential use this year so that developers and homebuyers can get a better understanding of the market.

The changes mark a significant departure from how land auctions have usually been done China. Currently, most local governments put parcels up for sale on an ad-hoc basis throughout the year, usually with little advance notice.

However, this creates uncertainty for developers, said Li Yujia, chief researcher at a housing policy research institution in South China’s Guangdong province, as they never know when the next auction might be or which properties might come up for sale.

The situation pushes them to aggressively bid for whatever properties are on the block, which drives up land prices, Li told Caixin.

In May, a residential parcel in the southern megacity of Shenzhen received bids from 16 developers and sold for 11.6 billion yuan (link in Chinese) — 45% higher than where bidding started — which translated into a record price of 866,000 yuan ($132,200) per square meter, according to Caixin’s calculations.

The changes to how land gets auctioned in the cities are based on the idea that larger, more planned-out sales will allow developers to be more selective about which parcels they bid on, helping to prevent the bidding wars that drive up land prices and, as a result, home prices, analysts said.

This centralized supply scheme allows developers to purchase the best land-use rights for them at the best time, Li said.

Lin Zhaoyuan, chairman of Hong Kong-listed Yuexiu Property Co. Ltd. backed by the Guangzhou government, said at the company’s earnings conference on March 16 that the developer has started stepping up research on its targeted parcels as it faces greater capital pressure now that it has the opportunity to buy multiple plots at a single auction.

Some analysts said the new system’s impact on housing prices remains to be seen. That’s because big developers have the cash flow and financing to keep pursuing the best parcels, and they can compete for multiple plots at the same time.

And just because fewer developers are bidding on each parcel doesn’t guarantee that the final sale prices will be any lower, CIB Research analyst Fang Xin said on a recent conference call. That’s because fewer bidders doesn’t mean the bidding will be any less intense, particularly for the higher quality parcels.

Credit, not land, is the primary cause of high housing prices, said Zhang Dawei, chief analyst at the Centaline property research center. Even then, selling land through a centralized scheme will have little impact on land prices, but it will likely lead to fiercer competition among developers for high quality parcels, Zhang said in a note (link in Chinese) in February.

In the documents that were circulating in February, the natural resources ministry also promised to increase the amount of land that would be put up for auction this year.

Eleven cities including Beijing and Guangzhou plan to increase the supply of land available for housing by a combined 48% this year, with eight cities expanding their supply by over 40% from 2020, analysts with Ping An Securities Co. Ltd. wrote in an April 5 report (link in Chinese).

The new scheme will add to short-term capital pressures on developers as they have to pay larger deposits if they bid on several parcels in one go, multiple analysts said. The financing situation for developers has already worsened as regulators have imposed increasingly strict controls on their borrowing, including the “three red lines” policy and a new loan management mechanism that caps banks’ lending to the real estate sector.

In the capital market, the new auction system has helped buoy the stocks of the biggest Chinese mainland-listed developers, some analysts said. They expect the scheme to lower acquisition costs for the companies and help them better plan their budgets for land purchases.