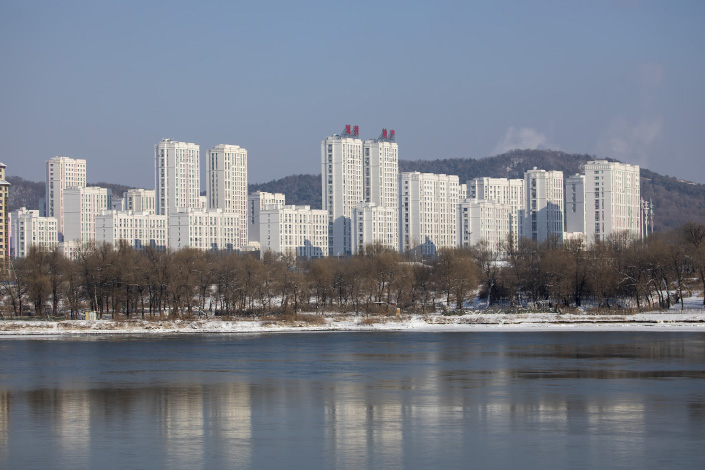 China’s real estate market defied the economic turmoil caused by the Covid-19 pandemic in 2020, with sales rising to a record after a strong recovery in the second half and a push by developers to shift unsold properties to raise cash as financing controls tightened. But many analysts say the market is likely to be flat or even decline this year as the government imposes more controls on homebuyers and builders.

Property sales measured by area climbed 2.6% to 1.76 billion square meters, while by value they rose 8.7% to 17.4 trillion yuan, both the highest since the data series began in 1991, according to figures (link in Chinese) released Monday by the National Bureau of Statistics (NBS). The full-year increase reversed a plunge in the first two months of 2020 when year-on-year sales by area (link in Chinese) slumped 39.9% and sank 35.9% by value as large swathes of the country went into lockdown to control the virus.

The recovery was driven by residential housing, which accounts for almost 90% of the total property market. Sales rose 3.2% by area and 10.8% by value from 2019, NBS data show. The two smaller categories of commercial property –– such as retail space, warehouses and factories –– and offices both remained negative for the full year, the official data show.

The residential housing market is a key driver of economic activity in China but for the past four years, the government has been implementing a campaign to control the rise in prices to prevent bubbles and rein in the amount of debt taken on by individuals and property developers. Even amid the string of post-pandemic stimulus policies, the government has stuck to President Xi Jinping’s mantra that housing is for living in, not for speculation.

But demand for housing has remained strong, especially among those looking to buy property as an investment. The increased liquidity in the financial system brought about by central bank’s loosening of monetary policy to support the economy has fed through into the housing market, especially in bigger cities such as Shenzhen and Beijing.

The surge in home buying this year has contributed to an increase in China’s household leverage — the ratio of household debt to GDP. The ratio stood at 61.4% at the end of September, up from 55.8% at the end of 2019, according to an October report (link in Chinese) by the National Institution for Finance and Development, a state-backed think tank. The jump was mainly driven by the rebound in property sales which led not only to an increase in mortgages but also in business loans, it said. Some individuals who run their own small companies take out business loans and even though it’s illegal to do so, use them to buy residential housing, the think tank said in its report.

The fact that many homebuyers increased leverage even amid tight regulatory policies indicates that they were seeking to purchase housing as investors rather than owner-occupiers, said Liu Yuan, vice director of a research center of Hong Kong-based Centaline Property Agency Ltd. Fear of missing out has been an important driver of purchases, Liu said, pointing to market expectations that prices of residential property will surge as rapidly as they did in 2008, making them unaffordable.

The government has repeatedly stressed that “houses are for living in, not for speculation” and the economic slump triggered by the pandemic did not change policymakers’ commitment to preventing speculation from running rampant in the property market.

The market is being squeezed at both ends. At the consumer end, many larger cities, where price gains have been the greatest, have imposed additional administrative restrictions on home buying. At the construction end, financial regulators have imposed increasingly strict controls on borrowing by developers, concerned that heavily indebted companies could pose a risk to financial stability. In August, the country’s top property developers were put under a trial of a new “three red lines” policy, which links their ability to borrow to adherence to three debt metrics.

As the financing environment became more difficult in the second half of last year, developers resorted to offering bigger discounts on new homes to shift unsold stock and raise money to fund new building or pay back their debts, analysts said.

In the latest jolt to the market, the People’s Bank of China and the China Banking and Insurance Regulatory Commission issued a new bank loan management mechanism on Dec. 31 to cap banks’ lending to the real estate sector including consumer mortgages and borrowing by developers.

The outlook for 2021 is gloomy, with many analysts forecasting a flat or declining market as the pent-up demand released after the lockdowns recedes, controls on mortgage lending are tightened and funding for developers becomes more difficult.

There will likely be no growth in the amount of residential property sold in 2021 as new curbs on real estate companies’ financing affect their ability to invest in new developments, Ding Zuyu, CEO of Hong Kong-listed E-House (China) Enterprise Holdings Ltd., said at a press conference on Dec. 31. And China Index Academy Ltd., one of China’s largest property research firms, said in a report (link in Chinese) last month that it expects property sales by area to slip by 2.3% to 3.8% for the full year, as a tighter credit environment for the real estate sector may make the release of pent-up demand more rational.