By Zhang Erchi and Matthew Walsh 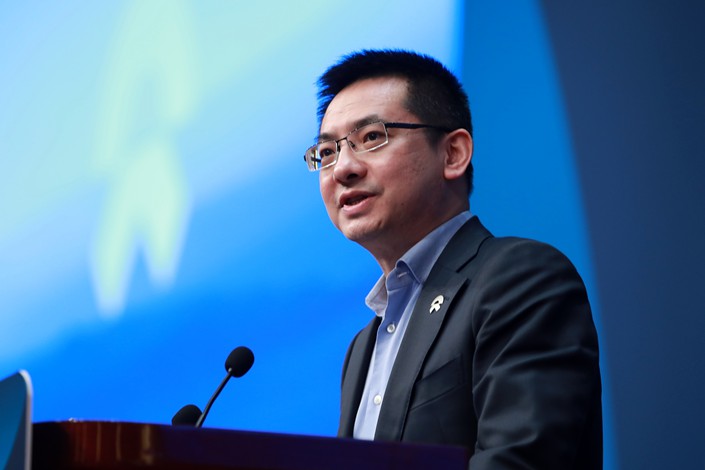 Nio Inc. said Monday it would within a month publish plans for entering the European market, as China’s Tesla challenger seeks to keep pace with domestic competitors eyeing a piece of the world’s second-largest market for electric vehicles (EVs).

The announcement came after the Shanghai-headquartered automaker posted a quarterly sales record in the first three months of the year, including a 373% year-on-year increase in deliveries to 7,257 vehicles in March.

New York-listed Nio faces high barriers to success on the European continent, such as tighter data privacy rules and the challenge of convincing European consumers to pay top dollar for a little-known Chinese brand, co-founder and President Qin Lihong said Monday at the Shanghai auto show.

In an interview with Caixin, Qin said Nio had built a team tasked with masterminding its expansion into Europe, adding that its flagship store on the continent was also under construction.

He said the company has shipped its self-developed battery changing points to Europe and was on its way to proving its vehicles meet the EU’s crash protection standards.

“We’re at a stage where everything is ready to go,” Qin said, adding that European countries’ EV-friendly policies and strong market growth make the continent a lucrative target.

EU member states including Germany and France have issued subsidies for EV buyers in the past year as part of economic stimulus policies designed to speed up the recovery from the Covid-19 pandemic.

According to data from IHS Markit, a consultancy, three times more EVs were registered in Germany last year than in 2019, with Volkswagen AG and Mercedes-Benz AG seeing their EV sales respectively rise by 609% and 500% year-on-year.

Elon Musk-founded heavyweight Tesla Inc., which sold 25 times more vehicles worldwide than Nio in the first quarter, is credited with stoking the red-hot European market, where electric vehicle sales overtook those of diesel cars for the first time in September.

Europe will make up 28% of the global EV market this year, behind only China’s 44%, IHS Markit estimated. North America will account for 16%.

Qin’s announcement did not signal Nio’s first inroads into Europe. The carmaker established its global research arm in 2016 and has subsidiaries in the U.K. and Germany, according to company filings.

In August, Nio co-founder Li Bin told reporters that the carmaker planned to move into an overseas market during the second half of 2021 and was eyeing Europe as its first destination.

Several other Chinese new-energy vehicle (NEV) manufacturers have made plays for the European market. In the first nine months of last year, state-owned carmaker SAIC Motor Corp. Ltd. reportedly sold nearly 12,000 NEVs there, a record for a Chinese company. The Shanghai-listed firm plans to increase that figure to 100,000 by 2025.

In September, New York-listed Chinese NEV-maker Xpeng Inc. began shipping its first batch of European orders to Norway from its base in the southern Chinese city of Guangzhou.

Qin said Nio’s barriers to securing a foothold in Europe include the need to adapt to legal and cultural norms, for instance those around protecting consumer data, and the fact that its vehicles will likely retail at similar prices to their home market, putting them in direct competition with local mainstays like Audi AG.

The Chinese firm will have to consider how to convince European consumers to shun highly reputable auto brands in favor of a relatively unknown marque, Qin said.

Nio’s challenges are also intensifying back home in China. In the past year, Volkswagen and Ford Motor Co. have moved to challenge Tesla’s dominance of the Asian nation’s pure-electric vehicle market, while a long list of domestic technology firms, including smartphone-maker Xiaomi Corp. and search giant Baidu Inc., have announced plans to make cars.

Nobody doubts any longer that the auto market is shifting toward increasingly electrified, intelligent vehicles, Qin said, adding that the sector will focus on autonomous driving once NEV-makers become able to produce cars that can travel 1,000 kilometers on a single charge, an aim seen as a psychologically key inflection point.

Having largely resolved the technical problems around autonomous driving technologies like computing power, high-precision sensors and 5G transmission, the industry is now focusing on whether they can be mass-produced and sold affordably, Qin said.

That will help fuel competition over “business models, accuracy of execution and levels of cooperation” to bring such products to the market, he said, predicting that the coming years would herald an industry reshuffle that will likely bring down many EV firms.