No One Country Should Set Rules for the Whole World, Xi Says 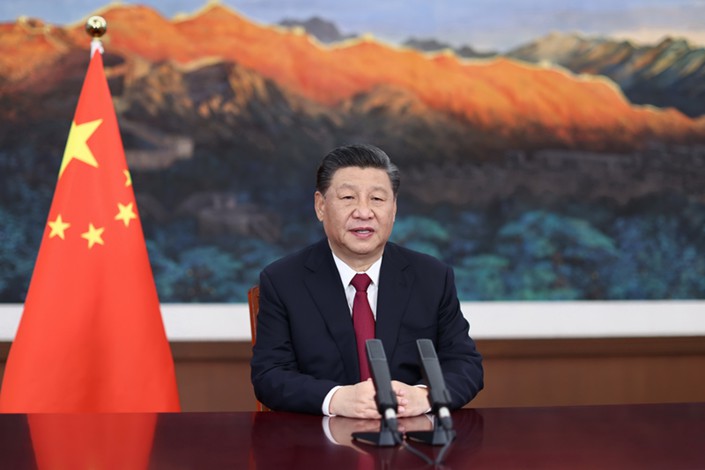 What’s new: Chinese President Xi Jinping told the annual Boao Forum for Asia on Tuesday that countries should uphold the U.N.-centered international system and reject unilateralism in a multipolar world.

Delivering his speech to the high-level forum via video link, Xi said that “We need to follow the principles of extensive consultation, joint contribution and shared benefits, uphold true multilateralism, and make the global governance system more fair and equitable,” according to a translated script released by the official Xinhua News Agency.

“We must not let the rules set by one or a few countries be imposed on others, or allow unilateralism pursued by certain countries to set the pace for the whole world,” the Chinese president said.

“What we need in today’s world is justice, not hegemony,” he said. “Big countries should behave in a manner befitting their status and with a greater sense of responsibility.”

Why it matters: Xi’s remarks took a veiled swipe at the new U.S. government under President Joe Biden who has been forming alliances that challenge China over issues such as Taiwan, Xinjiang and Hong Kong.

Biden has also not rolled back his predecessor Donald Trump’s policy of restricting Chinese companies and academics’ access to advanced U.S. technologies.

During his speech, Xi said that “in this age of economic globalization, openness and integration is an unstoppable historical trend.” He criticized attempts to “erect walls” or “decouple” as they run “counter to the law of economics and market principles. They would hurt others’ interests without benefiting oneself.”