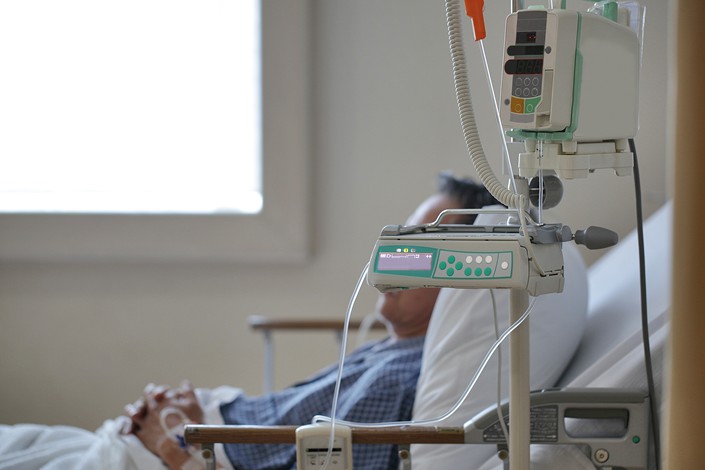 Currently, there are a multitude of NK cell therapy-related studies being conducted domestically, but none of them have yet entered phase 3 clinical trials. Photo: VCG

A Shanghai-based doctor accused of malpractice had business links to a company that allegedly administered an unapproved cancer therapy, according to commercial registration records and Caixin interviews.

Lu Wei, a deputy chief physician at the Xinhua Hospital Affiliated to Shanghai Jiao Tong University School of Medicine, allegedly presented a medical bill to the family of a man he was treating for advanced gastric cancer payable to Shanghai Jiakang Bioengineering Co. Ltd., according to documents provided to Caixin by the patient’s daughter Ma Yan.

The company was established in 2017 and its fields of research and development include “natural killer” (NK) cell-based cancer immunotherapy, which has not been approved for clinical use in China.

“China has long had regulations that require cellular immunotherapy not to be used for patient treatment until it’s been approved for clinical use,” said Ma Jun, chief supervisor of the Supervisory Committee at the Chinese Society of Clinical Oncology. “For those who want to conduct clinical trials, they should clearly inform patients and the trials should be completely free of charge.”

The new evidence emerged as China’s top health authority announced Monday it had launched an investigation into allegations of malpractice among cancer doctors at dozens of hospitals— including Lu — raised in a series of online posts by renowned whistleblower Zhang Yu, who has identified himself as an oncologist at Peking University Third Hospital in Beijing.

The patient’s daughter Ma told Caixin that during her father’s course of chemotherapy in August, Lu recommended they take her father to Jiakang Bioengineering to get injections of NK cells. Lu also said he would charge them a relatively low price if they bought more injections, according to Ma.

According to a recording provided by the patient’s relatives and heard by Caixin, Lu said in a conversation that a person, who came from the U.S. and is now a professor at the Zhejiang University in Hangzhou, could offer “support” and give them the “cheapest price” for the injections.

The person is suspected to be Xu Yibing, the legal representative of Shanghai Jiakang Bioengineering, whose research is mainly focused on the application of the NK cell-based cancer immunotherapy, Caixin has learned.

Xu is also the legal representative of Shanghai Bokang Biotechnology Co. Ltd., where Lu was once a shareholder and held a senior management position before withdrawing in September 2015, according to Chinese third-party business data platform Tianyancha.

Lu was singled out for condemnation by Zhang, who claimed Lu deceived Ma Yan’s father by illegally treating him with unapproved immunotherapy, for which he charged more than 10 times the price of standard treatments.

Over the past few years, NK cell-based cancer immunotherapy has emerged as a promising therapeutic approach for treating cancer due to its comparatively low cost, Caixin has learned. It’s one of a family of cellular immunotherapies that use the cells of our immune system to fight cancer, according to the U.S.-based Cancer Research Institute.

Currently, there are a multitude of NK cell therapy-related studies being conducted domestically, but none of them have yet entered phase 3 clinical trials, according to public information seen by Caixin.