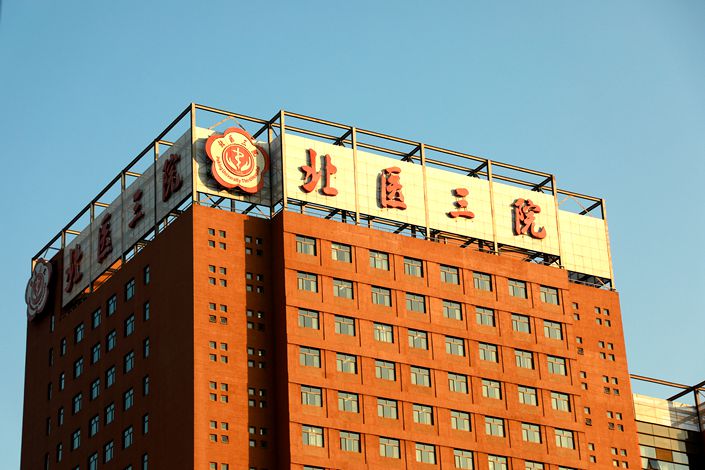 Zhang Yu, who identifies himself as an oncologist at Peking University Third Hospital in Beijing, on Sunday posted online charges of “mass of misconduct and a number of unscrupulous doctors” in regard to their treatment of cancer patients. Photo: VCG

China’s top health authority has launched an investigation into alleged medical malpractice after an online whistleblower accused doctors from dozens of hospitals of “mass misconduct” in their treatment of cancer patients resulting in higher death rates.

The National Health Commission (NHC) announced (link in Chinese) Monday that it had “immediately launched an investigation” to verify the issues highlighted by the allegations.

Zhang Yu, who identifies himself as an oncologist at Peking University Third Hospital in Beijing, on Sunday posted online charges of “mass of misconduct and a number of unscrupulous doctors” in regard to their treatment of cancer patients.

The doctors include those from top hospitals in Beijing, Shanghai and Guangzhou, said Zhang in an article (link in Chinese) posted on Zhihu, China’s equivalent to question-and-answers site Quora.

Zhang said in the post that more than 100 cancer patients over the past year received “improper” or “wrong” treatment, which “cost patients more, increased toxicity and side effects and even death rates.”

“Once the problems are confirmed, they will be handled seriously in accordance with laws and regulations and will not be tolerated,” the NHC said, adding that it will strive to improve the standardization of cancer treatments to safeguard the health and rights of patients.

Zhang also urged national health authorities to establish “medical red lines” as soon as possible to contain the malpractices in cancer treatment. Zhang soon deleted the post, saying that “he couldn’t bear the pressure and potential consequences,” according to the state-run Xinhua News Agency.

The patient’s daughter told Caixin that the plan didn’t work even after three courses of the treatment. Lu then changed the plan, but the patient’s condition did not improve. The patient died on Dec. 24.

According to one of Zhang’s previous posts, he met with the patient’s relatives in October during an online consultation and they told him they spent 300,000 yuan ($46,190) on treatment.

On April 2, Zhang posted another article claiming the wrong treatment accelerated the patient’s death and cost more than 10 times as much as traditional treatments.

Caixin has contacted Lu, but is yet to receive a response. A person familiar with the matter told Caixin that Lu has always denied recommending this kind of immunotherapy to patients.

A hospital staffer confirmed to Caixin that Lu is under investigation over the matter.

Ma Jun, chief supervisor of the Supervisory Committee at the Chinese Society of Clinical Oncology, said in an interview with Caixin that use of non-standardized treatments is now a common problem in lower level hospitals.

Taking the five-year survival rate of lymphoma as an example, Ma said, central hospitals in Beijing, Shanghai and Guangzhou have seen the rate reaching up to 60%, nearly same as that of European countries and the U.S. But the rate was only 37.2% in a survey involving more than 168,000 patients in lower-level hospitals in counties and cities.

“The main reasons are the irregular use of drugs and irregular treatment of side effects,” Ma said.