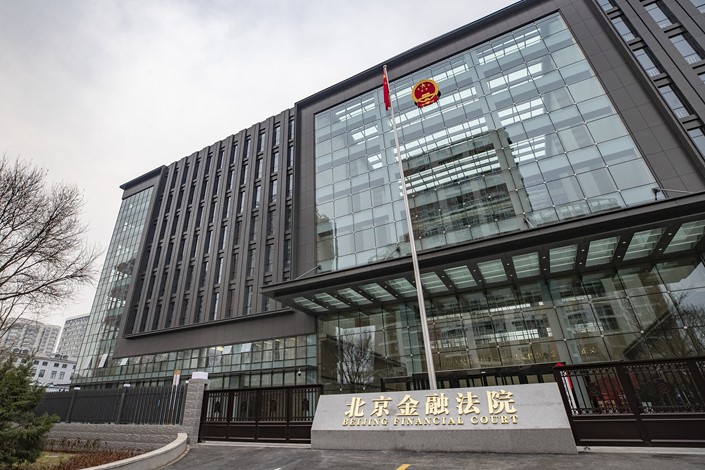 The Shanghai Financial Court has been granted jurisdiction over the cases that domestic investors bring against overseas financial institutions, becoming the second Chinese court given approval to handle such matters, according to rules issued earlier this week by the country’s highest court.

The revised regulations (link in Chinese), which update rules from 2018, allow the court to deal with domestic complaints about securities issued and futures traded overseas, as well as products or services provided by financial institutions abroad, according to the Supreme People’s Court.

The decision to expand the Shanghai Financial Court’s jurisdiction came as new types of finance industry disputes have emerged amid the relentless development of financial markets, the top court said (link in Chinese). The move is also aimed at better serving the national strategy to cement Shanghai’s status as an international financial center.

To avoid the possibility of both courts hearing the same case, any case filed to both courts will be heard by the one that accepts it first, according to the top court.

Apart from cross-border issues, the revised regulations also grant the Shanghai Financial Court jurisdiction over disputes related to asset management, foreign exchange and payment businesses, as well as any concerning the securities of companies listed on the Shanghai Stock Exchange’s new high-tech board, the STAR Market.

Any civil or commercial case that has the Shanghai Stock Exchange as a defendant and pertains to its regulatory responsibilities will generally be under the Shanghai court’s jurisdiction, according to the revised regulations. In contrast, the rules for the Beijing Financial Court require it to handle cases that individuals or institutions file disputing the administrative actions of financial regulators such as the People’s Bank of China or the China Securities Regulatory Commission.