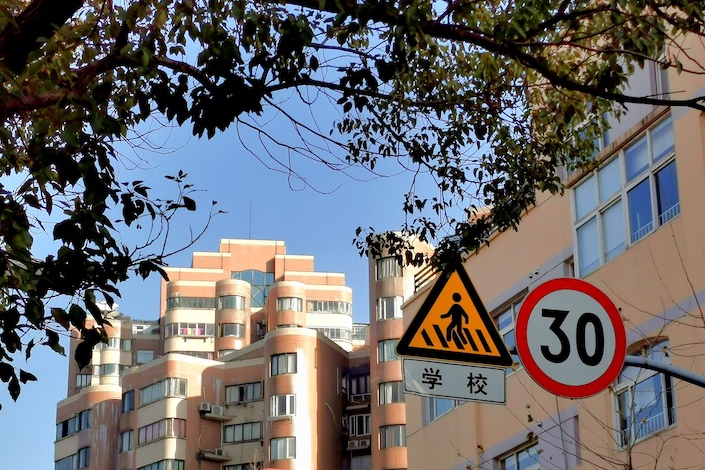 (Bloomberg) — One of Beijing’s most famous districts for top schools rolled out a new admission policy to crack down on housing speculation in the latest move by local authorities to keep the bubble-prone property market in check.

Parents will no longer be guaranteed to get their children enrolled in sought-after elementary schools in Beijing’s Haidian district simply by purchasing properties there. Haidian, home to China’s two elite colleges Tsinghua University and Peking University, has some of the top-notch public elementary and junior high schools in the capital.

As of next year, schools in the northwestern district won’t enroll a student directly based on the proximity of the resident’s location to a school if his or her hukou — or household registration — is moved into the area, according to a statement released last Friday. Instead, admission will be coordinated across the entire district, it said.

Cities like Beijing and Shanghai have long grappled with frenzied buying of homes in areas near the best schools because parents must own property there for their children to attend. That inflates values of so-called “school district houses,” which are often small, run-down and over-priced.

The issue is contributing to a frothy residential market in major Chinese cities, where credit easing and demand from buyers who fear missing out on another rally are driving up prices. Values of existing homes in Beijing surged the most in 10 months in March, probably because of growing demand for school district houses, said Yan Yuejin, an analyst at E-House China Enterprise Holdings Ltd.’s research institute.

“Prices of such properties are very likely to stay elevated this year as families will rush to buy before the rule takes effect next year,” said Zhang Dawei, a research director at Centaline Group in Beijing. “Whether the rule will damp the market next year depends on how it’s executed.”

The top five residential compounds where property owners expect price hikes this year are all from school district houses located in Haidian, according to analysis by Beike Research Institute.

To cool house price gains, Beijing’s property watchdog conducted a sweeping inspection of real estate brokers to determine whether they were engaged in illegal activities including hyping school district properties. It punished 26 of them.