Cover Story: Where’s the Pressure on Schoolkids Coming From? 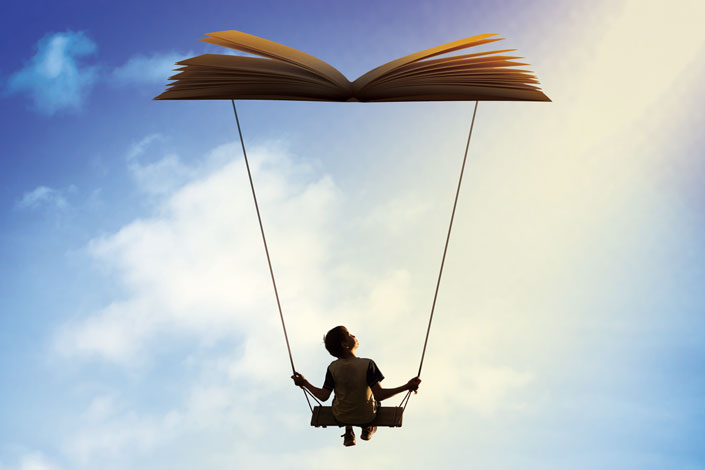 Chinese parents feel intense pressure to provide the best resources to their children.

Guo Qing’s second-grade son often stays up until 11 p.m. struggling through his math homework, which is usually as hard as fourth-grade work, the Beijing father says.

To keep his son from lagging behind, Guo signed him up for after-school tutoring, as did the parents of most other students in his son’s class, Guo says.

A recent survey of 4,000 parents by the state-backed newspaper China Education Paper found that 92% enroll their children in extracurricular classes and that half of families spent more than 10,000 yuan ($1,500) each year on such classes. (The names of parents including Guo and the heads of tutoring companies were changed for this article at their request.)

The term often used to describe this situation in China’s education is “neijuan,” or involution, which means “inside rolling,” a process of incessant competition from which no one benefits. Chinese parents feel intense pressure to provide the best resources to their children, who in turn must work extra hard to keep up in an educational rat race.

The issue was on the agenda of China’s annual legislative and political meetings known as the “Two Sessions” earlier this month. Multiple representatives raised concerns that seven-days-a-week extracurricular classes hurt children’s physical and mental health. Some even suggested a ban on tutoring institutions.

Chinese President Xi Jinping called disorder in the tutoring industry “a stubborn malady” and vowed to solve the problem in a March 6 meeting with medical and health education committee members attending the Two Sessions.

Within weeks, authorities in Shanghai and Beijing, where the problem is most severe, initiated crackdowns on the tutoring industry. Shares of tutoring giant New Oriental Education & Technology Group Inc.’s New York-listed stock dropped 30% in March, and shares of its rival TAL Education Group, the parent of industry pioneer Xueersi, declined 24%.

The overall market for China’s K-12 after-school training was worth roughly 800 billion yuan ($122 billion) in 2019. The industry is expected to experience rapid growth after setbacks in 2020 amid the pandemic and to soar to 1.4 trillion yuan by 2024, according to a report by consulting firm Oliver Wyman.

But will focusing on the tutoring industry address the problem of involution? Parents’ demand existed before the industry emerged, said Yuan Ying, CEO of a K-12 tutoring group in the northeastern province of Heilongjiang.

“If the market supply and demand can’t be changed, parents’ suppressed demand will have to find other channels sooner or later,” Yuan said.

After Xi’s comments, Beijing educational authorities ordered all in-person training classes — which were suspended in early February amid a resurgence of the Covid-19 pandemic — to postpone reopening and conduct inspection and rectification.

Shanghai took new steps to tackle the issue from another angle, ordering some of the best high schools to allocate at least half of their admission quotas to students living outside their school districts. The measures aim to crack down on speculation on so-called “school district houses.”

In China, living close to a school is often a prerequisite to a child’s enrollment. It has led to the prices of house prices skyrocketing in neighborhoods surrounding the best schools. In Beijing, an old condo close to the best schools could be sold for as much as 170,000 yuan ($26,000) per square meter, compared with the city’s overall average housing price of about 60,000 yuan, according to real estate information platform Anjuke.com.

Exam-oriented tutoring in China emerged in the 1990s with college students serving as the main self-employed tutors. Due to a highly dispersed supply of tutors and increasing demand for high-quality resources, institutions providing one-on-one tutoring emerged. In 2003, Xueersi was founded as a training school for students taking part in the International Mathematical Olympiad, an annual competition for the best pre-college math students in the world.

Within seven years, the school grew into one of China’s largest after-school class providers to K-12 students covering various academic subjects and became the first U.S.-listed Chinese tutoring company. Seeing the booming demand, New Oriental also entered the race after specializing in helping college students prepare for the Test of English as a Foreign Language and the Graduate Record Examinations.

Since 2010, China’s Education Ministry undertook a policy to ease the schoolwork burden on Chinese students. That also helped to boost the extracurricular education industry as parents chose to push their children to take classes outside schools.

Beijing’s recent move could dim the industry’s rosy growth outlook. According to a checklist circulated online, Beijing authorities are conducting inspections of all in-person after-school education institutions, involving qualification of teachers, tuition management, advertising, forms of contracts and pandemic control measures. Any institution has to go through two rounds of inspections and meet all requirements in the checklist before they can reopen, Chu Feng, chief executive of a Beijing K-12 training company told Caixin.

This round of inspections is particularly focusing on business licenses and qualifications, Chu said. Even if a parent company owns an education service business license, each of its branches and campuses has to pass the checklist separately. For large companies with hundreds of sites, it could take quite some time for full compliance. None of New Oriental’s campuses has opened, according to Chu.

“After Beijing’s move, other places will surely follow to varying degrees,” said Chen Fang, CEO of a mid-sized education provider in Tianjin.

After being suspended for almost six months, many tutoring companies have been stretched to the limit financially, multiple industry participants told Caixin. Many small providers have started to exit, Chu said. He said he expects a large number of medium-sized players to collapse in Beijing by the end of March under the current policy.

The head of a Beijing mid-sized children’s English training school told Caixin that some parents asked for refunds even as the company still has to pay rent and teachers’ salaries. A year’s rent for a 300-square meter classroom is about 1 million yuan. The school could have a net loss of 2 million yuan if it stays closed for one year, the executive said.

Shortage and Imbalance of Schools

Behind the demand and parents’ anxiety is an extreme imbalance of educational resources. A parent of a fourth-grader in Beijing’s Haidian district, home to the city’s best public schools, said her child has been taking extracurricular classes in Olympiad math and high-school English, aiming to get into one of the six best high schools. In 2020, 479 students from the Haidian district were admitted by Peking University and Tsinghua University, the top two universities in China. Among them, 90% were graduates from the six top high schools.

There are 180,000 students set to graduate from middle school in the Haidian district this summer, but public high schools have spaces for only 120,000. To get into one of the top six schools, a student needs to rank in the top 2,000 in the whole city, a parent told Caixin.

Beijing has been pushing to reform high school enrollment, requiring that the best high schools allocate some admission quotas to students from low-ranking middle schools. But many parents are not optimistic about the plan.

“The quality gap of Beijing’s middle schools is so wide,” one parent said. “Even if some kids get into the good schools through the quota, they can’t keep up without extra tutoring.”

One solution education authorities are pushing is to encourage the top schools to open more branch schools. But some parents complain that these branch schools usually share only the names with their parent schools, and the quality hasn’t improved much.

Without significant investment to improve the quality of weak schools, the imbalance problem will be difficult to eliminate, said Cheng Fangping, professor at the School of Education of Renmin University.

“When we need competition in the employment end but hope to eliminate competition in school enrollment, how can it be achieved?” said Nie Riming, a researcher at the Shanghai Institute of Finance and Law.