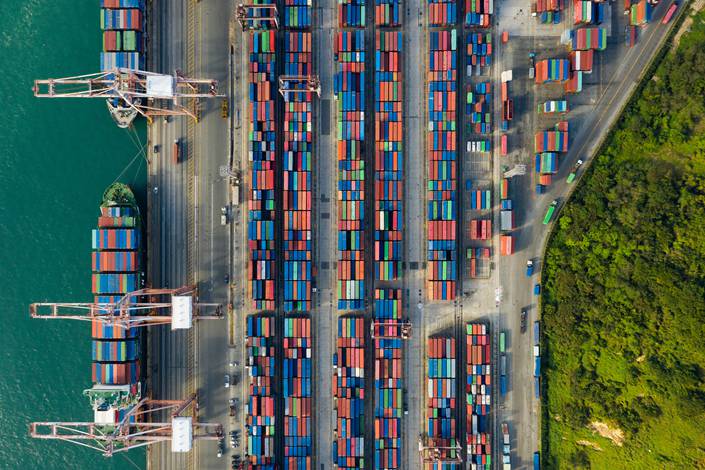 (Bloomberg) — South Korea’s strong economic growth last quarter led by investment and exports adds to evidence that the global recovery is gathering pace after a year pummeled by the coronavirus.

Gross domestic product grew 1.6% during January-March from the previous quarter, the Bank of Korea said Tuesday, easily beating the economists’ consensus for a 1.1% expansion. That pushed the level of GDP above its pre-pandemic peak at the end of 2019.

The data also follows positive growth reports from China and Singapore, setting the stage for a global rebound. But whether momentum can carry over into the coming quarters hinges on the pandemic. While vaccinations have allowed the virus curve to flatten in some countries, the latest crisis in India suggests no country is immune to sudden flare-ups that puts the economy at risk.

Korea has been one of the better economic performers throughout the pandemic, thanks to strong overseas demand for its products ranging from chips to cars. Investment overtook exports in the first quarter as the key growth driver, with businesses pumping more money into production to take advantage of the accelerating rebound.

From the previous quarter, facilities investment jumped 6.6% while exports increased 1.9%. Government spending was up 1.7% and private consumption rebounded 1.1%. From a year earlier, overall GDP increased 1.8%.

The first-quarter growth “proves the economy’s ability to recover is relatively solid,” Acting Prime Minister Hong said on Facebook following the GDP release. Still, jobs remain a concern for the economy, with groups such as the young and women still facing difficulties, Hong said.

Economists have an overall positive outlook, but see growing risks from local outbreaks. Korea has found it more difficult to peg back fresh infections this year and inoculations are yet to start for the broader public. A full recovery in the job market is a way off as social distancing rules are still restricting the services industry.

“Investment is picking up in sectors that didn’t do so well last year as well as in ones that did,” said economist Oh Jae-young at KB Securities. “If consumption stabilizes, the momentum could keep on going.”

The Bloomberg consensus for growth this year among private-sector economists is now 3.5%, up from 3.2% in early January.

Policies remains supportive, without a hint of tapering stimulus in official circles. The fifth extra budget since the start of the pandemic was passed in March and a ruling party lawmaker last week floated the idea of a universal cash handout to boost consumption. BOK’s Governor Lee Ju-yeol has repeatedly dismissed speculations of early tightening.

“Strong external demand has led Korean firms to invest in more capacity and exports went from strength to strength last quarter,” wrote Alex Holmes, an economist at Capital Economics who correctly forecast the GDP outcome. “The main weak point of the economy is private consumption,” Holmes said, adding that any consumer recovery will be partial until the virus is all but eliminated.