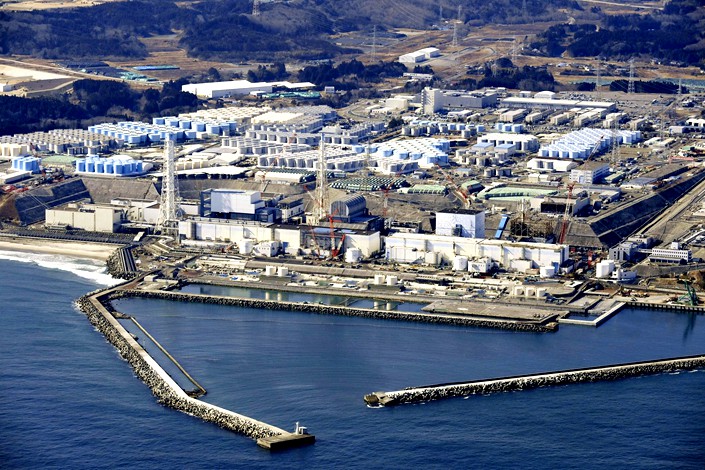 Beijing and Seoul have jointly slammed Tokyo’s plan to discharge radioactive water from a stricken nuclear power plant into the sea as “extremely selfish” and said it endangers Japan’s neighbors and the international community, according to the Chinese foreign ministry.

The two countries coordinated their response in urging Japan to “fully consult” its neighbors and “prudently handle the issue,” said the ministry after the first meeting of the China-South Korea dialogue on maritime affairs was held Wednesday via video link.

A day earlier, Japan announced plans to release into the Pacific Ocean more than 1 million tons of nuclear wastewater from Fukushima Daiichi Nuclear Power Plant, which experienced a triple meltdown following a magnitude 9.0 earthquake and tsunami in 2011, drawing opposition from at home and abroad.

The discharge will start next year and continue over a period of 30 years, Japanese Prime Minister Yoshihide Suga said at a cabinet meeting.

“It is extremely selfish that Japan wantonly and unilaterally decided to release the nuclear wastewater into the sea and shift the burden and risks onto others in disregard of the safety and interests of the international community,” said Zhao Lijian, a spokesperson for China’s foreign ministry, who made his remarks in a regular briefing Thursday.

Zhao said Japan’s claim the nuclear wastewater will be safe after being treated, “is not convincing at all” and politicians who believe it should use the water themselves for “drinking, cooking, laundry and irrigation.”

South Korean President Moon Jae-in has ordered officials to examine ways to bring Japan’s decision before the International Tribunal for the Law of the Sea, his spokesperson said Wednesday.

On Thursday, China’s Assistant Foreign Minister Wu Jianghao met with Japan’s Ambassador to China Hideo Tarumi and expressed the government’s firm opposition to the decision to dump the nuclear wastewater into the sea, according to a statement (link in Chinese) issued by China’s Ministry of Foreign Affairs.

Japan’s decision disregards the global marine environment, the public health of the international community, and the safety and interests of people from neighboring countries, Wu said.

Wu also urged Japan to review the decision and “withdraw the wrong decision to discharge the water into the sea.”

The U.S. has supported Japan’s decision, saying it was made in close coordination with the International Atomic Energy Agency.