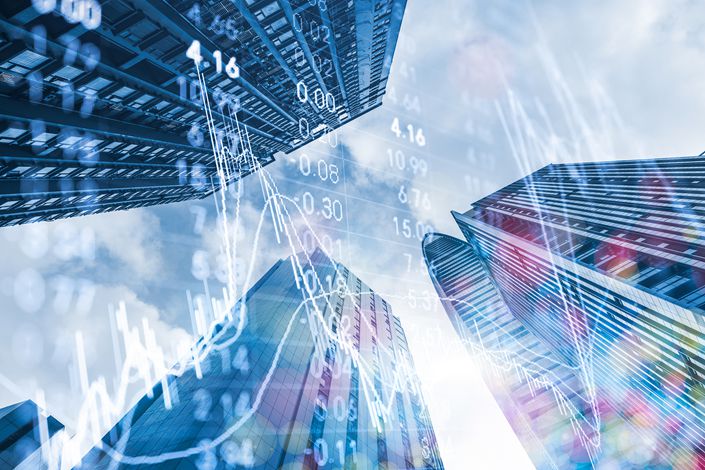 (Bloomberg) — Fears of a selloff in China’s sovereign bond market this month have proved wrong.

Instead of surging higher, benchmark 10-year yields are comfortably below their half-year average and little changed from late March, thanks to a slowdown in debt issuance by municipal authorities.

Traders had been bracing for a seasonal increase in local bonds at a time when China’s commercial banks — the biggest buyers in the market — typically funnel funds to clients to meet tax payments. The expectation among analysts was that the banks would offload sovereign notes so they could snap up the riskier but more lucrative munis.

But this chain of events failed to materialize, with analysts reporting that local authorities are still drawing on leftover funds from previous debt sales. And with the central bank limiting cash injections into the economy, taking some heat out of the stock market, investors have bought into money-market funds, adding to liquidity the system.

“The closely-watched April tax period passed more smoothly than expected and didn’t cause a shortage of funds,” said Qi Sheng, an analyst at Founder Securities Co. in Beijing. “Economic fundamentals haven’t changed, nor have the direction of central bank policy or credit risks.”

Qi said a downtrend in Chinese yields now looks “more clear than ever” — something which has implications for foreign investors, who’ve been piling into the nation’s sovereign bonds.

The 10-year yield touched a near three-month low of 3.15% on April 21 and is set to end the month little changed around 3.18%. That compares with about 1.61% on Treasuries of the same maturity. Japanese 10-year government bonds yield little more than zero and German bunds are deep in negative territory.

Bond sales in China have been closely scrutinized as investors attempt to gauge the pace of policy normalization in the world’s second-biggest economy. Stock traders have interpreted recent moves by the People’s Bank of China to roll over medium-term lending facilities as signs of tapering, while others point to larger-than-expected local government debt quota as indications that driving an economic recovery remains a priority for Beijing.

Still, the Chinese bond market’s unexpected turn of events in April has analysts asking if the feared pressure points will simply surface in the coming months instead.

While regional governments have so far sold fewer bonds than in previous years, the quota for special debt issuance remains at a whopping 3.65 trillion yuan ($563 billion). Though that’s lower than what was permitted in 2020, it exceeds the 3.5 trillion yuan expected by economists surveyed.

“The supply pressure on government bonds didn’t appear in April as fiscal expenditure was very seasonal because local governments were able to use leftover funds,” said Sun Binbin, chief fixed-income analyst at Tianfeng Securities Co. in Shanghai. Liquidity in the banking system could be 850 billion yuan short of what is needed in May as issuance accelerates again, said Sun.

Although local authorities sold only 222.7 billion yuan of special bonds for infrastructure spending between January and April — five times less than in 2020 — the pace did pick up this month.

The special bonds should be sold at a balanced pace, finance ministry official Xu Jinghua said, according to Chinabond magazine. The issuance window this year will be relatively narrow as the new quota hasn’t been fully allocated, Xu was quoted as saying.

Funding costs for non-bank financial institutions were also lower than usual in April, allowing them to purchase more negotiable certificates of deposit from banks, said Liu Yu, an analyst at Guangfa Securities. This is set to change in May, crimping the amount of funds banks have at their disposal, she wrote this week.