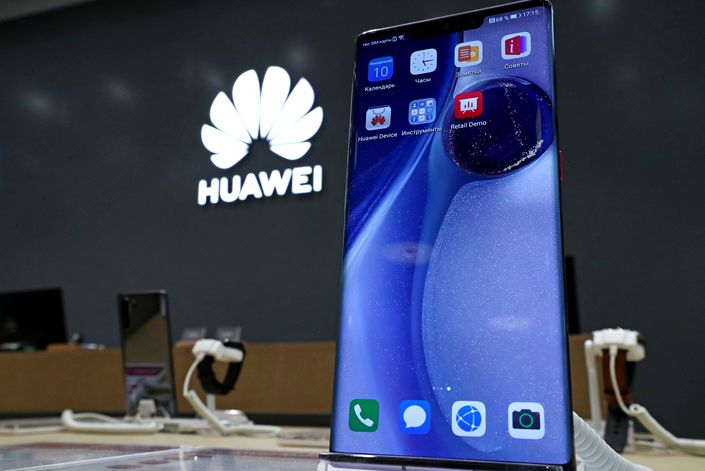 Huawei sold 14.9 million smartphones during the first quarter, down 58.6% from the same period of last year, making it the world’s seventh-largest brand, according to IDC. Photo: VCG

Huawei sold 14.9 million smartphones during the quarter, down 58.6% from the same period of last year, making it the world’s seventh-largest brand, according to market monitor IDC. Its plunge contrasted sharply with big gains for the broader global smartphone market, whose shipments rose 25.5% to 345.5 million units, the IDC data showed.

“The recovery is proceeding faster than we expected, clearly demonstrating a healthy appetite for smartphones globally,” said IDC’s Nabila Popal. “But amidst this phenomenal growth, we must remember that we are comparing against one of the worst quarters in smartphone history, the first quarter of 2020, the start of the pandemic when the bulk of the supply chain was at a halt and China was in full lockdown.”

Huawei is one of China’s earliest global high-tech success stories, rising on the strength of its older networking equipment business and more recently on its smartphones. It achieved a major milestone in last year’s second quarter when it became China’s first-ever smartphone maker to win the global title, besting veterans Apple and Samsung.

But its smartphone business has been in a state of free-fall since that achievement, as it began feeling the weight of sanctions first imposed two years ago by the U.S., which accused the company of being a national security threat due to alleged ties to Beijing — something Huawei has denied.

Huawei’s latest big sales decline came as all of the other major top players reported strong double-digit gains for the period. Samsung topped the quarterly list in terms of sales by taking 21.8% of the market, though its 28.8% year-on-year sales increase was the weakest among the top five players.

“In the low- to mid-priced segment, it is (Xiaomi, Oppo and Vivo) that are gaining the most from Huawei’s decline, while most of the high-end share is going to Apple and Samsung,” IDC said.

While the usual names jostled for position at the top, the quarter’s less-visible story was the recent rise of lesser-known Chinese brand Transsion, which passed Huawei to finish as the world’s No. 6 player, according to IDC. Transsion sold 19.9 million smartphones during the quarter, up 88.4% from a year earlier, as the company expanded beyond its traditional base in Africa into Southeast Asia.

Unlike Huawei and other Chinese rivals that are trying to take a bigger slice of the global market for higher-end, higher-margin models, Transsion is squarely focused on the lower end of the market for smartphones typically costing $200 or less, said IDC analyst Will Wong. He noted that despite the company’s recent rise, it could have difficulty cracking the global top five.

“It will take some time, and it will be challenging for them as well,” Wong said. “If it wants to grow further, it will need to face Oppo, Vivo, Xiaomi, and Realme.”