Trending in China: A Beijing Bureaucrat Worked as Delivery Driver for a Day and Earned Just $6 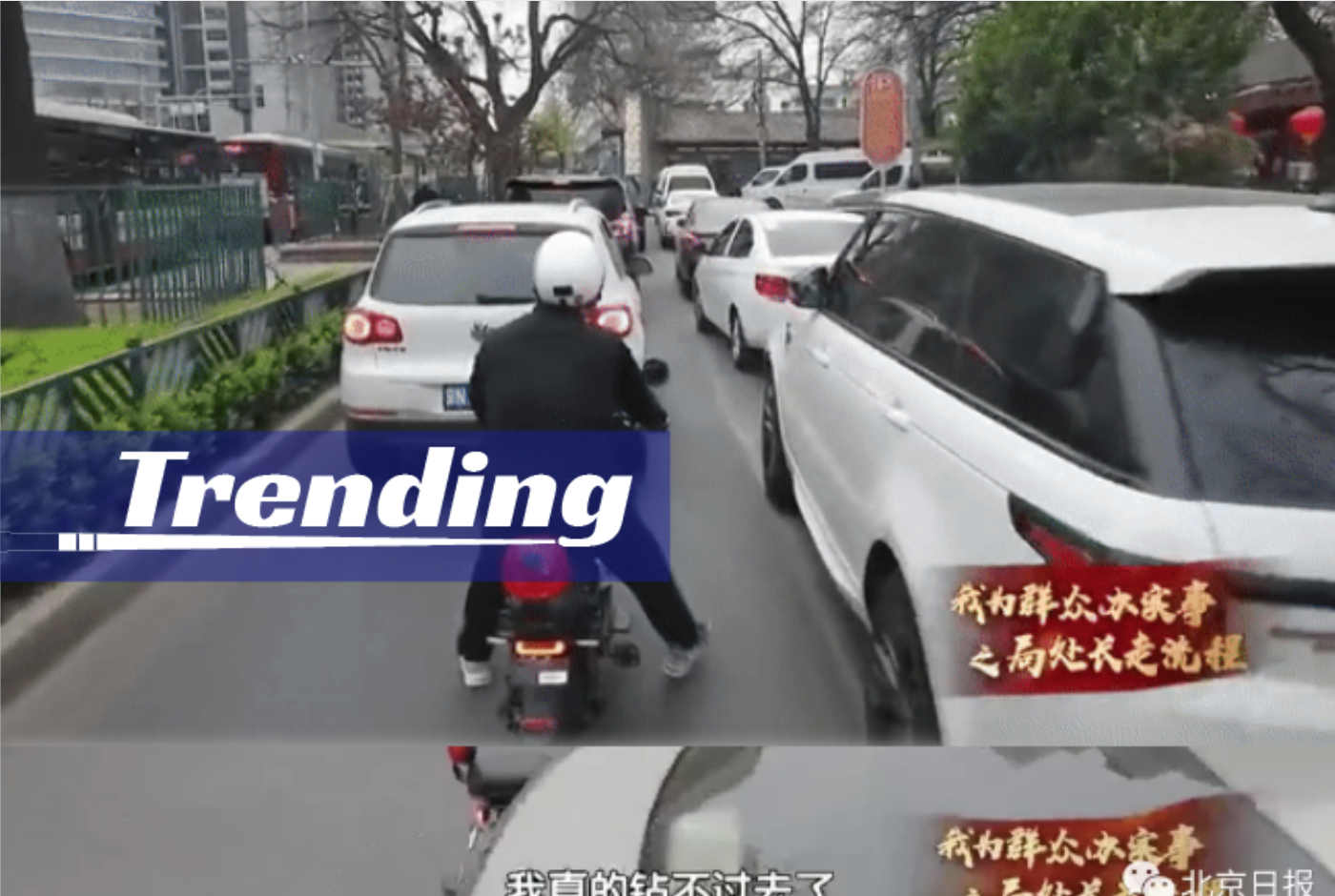 The hashtag Deputy-Director-Earns-41-Yuan-For-12-Hours-Work-As-Delivery-Driver was trending on Thursday, with 500 million views and 34,000 comments.

Beijing Satellite TV Wednesday reported on the experience of official Wang Lin, as he attempted to reach his goal of earning 100 yuan ($15.5) in a day on the road as a food-delivery driver in the run-up to the Labor Day holidays. Wang, a deputy director at Beijing’s Bureau of Human Resources and Social Security, made less than half his expected income after 12 hours on the job, saying the experience left him feeling “humiliated”. Wang said to camera, “This money is just too hard to earn,” as he sat exhausted on the curb as his shift ended at 9 p.m.

Images from the video posted on the Weibo account of local paper The Beijing News listed the government human resources expert’s impossible deadlines. For one delivery, Wang was meant to arrive in 14 minutes, but his Satnav told him it would take 24 minutes, leaving the food cold. Another trip took the temporary driver an hour but netted him just 6.6 yuan, after he was fined 60% for taking too long.

In response to a video posted by Beijing Satellite TV on Wednesday, takeout delivery services Ele.me and Meituan Dianping said they will no longer fine drivers for delayed deliveries, and have updated their apps to reflect the change.

Nanjing Daily News posted a positive social media message under the Beijing News story, saying that officials should experience ordinary people’s lives before making policies on their behalf, as they could “hardly understand the risks people take if they just sit in the office.” The post added, “We hope others follow the deputy director’s praiseworthy example.”

Pointing the finger at the delivery services, one comment said, “The platform deducts 60% as a fine, but the money doesn’t go to the client, so where does it go?”

But some social media commenters appear to have had enough of such pitiful stories. “Shaming consumers is one thing, but our legal rights should also be guaranteed. Late or wrong delivery is understandable, but haven’t there been some instances of attacks on female consumers? Delivery staff should have at least basic credentials to get the job.” Another wrote in a similar vein, “Delivery service is hard, and delivery time should be relaxed, but late delivery shouldn’t be cost-free. If there’s no penalty, the customer will suffer.”

One Weibo user disagreed in a popular comment, “Bad drivers are a minority. Most are hardworking and deserve our respect.”

Regarding the official’s action, one reader commented, “Only if you came from the masses and are in touch with the masses, can you uncover problems.” And another said, “If I knew it was the deputy director, I would have taken a selfie with him.”