China Huarong Seeks to Reassure Investors That It Can Repay Debt 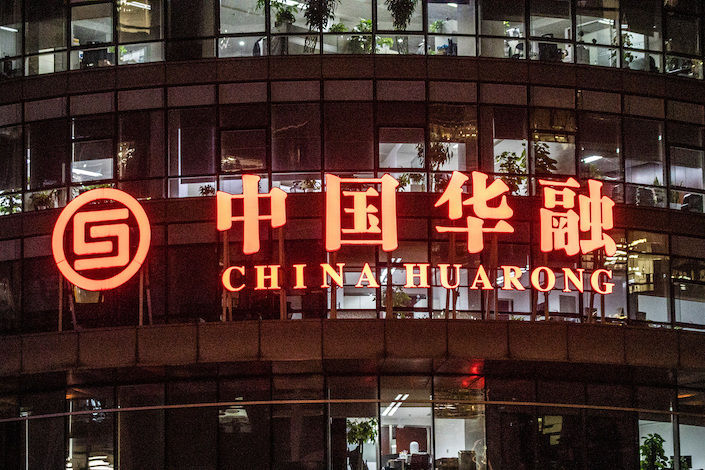 Recent rating downgrades by international agencies “have no factual basis” and are “too pessimistic,” Xu Yongli, Huarong’s vice president and board secretary, said in an interview with the state-run Shanghai Securities News on Friday. There are no signs of change in the government’s support for the firm and there is no evidence indicating a change to its shareholding structure, he said, according to the report.

The comments are the most comprehensive by the state-run asset manager on its financial health since the delay of the company’s 2020 results at the end of March triggered a record selloff in its offshore bonds. Moody’s Investors Service and Fitch Ratings downgraded the firm’s credit ratings last week amid a lack of visibility over the central government’s support. The finance ministry is China Huarong’s biggest shareholder.

Moves in the company’s bonds to the comments were muted. The borrower’s 3.75% bond due 2022 is indicated up 0.1 cent to 82.6 cents on the dollar, while its 4.5% perpetual bond climbed 1.8 cent to 65.7 cents, Bloomberg-compiled prices show at 11:17 a.m. in Hong Kong. Several markets in Asia were closed for holidays on Monday, including China.

China Huarong is actively working with auditors to release its 2020 results as soon as possible, Xu told the Xinhua News Agency-owned newspaper. The interview was also shared by the firm’s official WeChat account.

The firm is one of China’s biggest issuers of debt in the overseas market with some $22.9 billion of outstanding offshore bonds. It needs to repay or refinance some $3.7 billion of those notes through this year. Its offshore unit has a coupon payment due May 7 for a $700 million, 4% perpetual dollar bond.

The ratings firms lack a comprehensive understanding of China Huarong and the environment it’s operating in, Xu told the Shanghai Securities News. The company has made proper arrangements and adequate preparation for its future bond payments, he said.