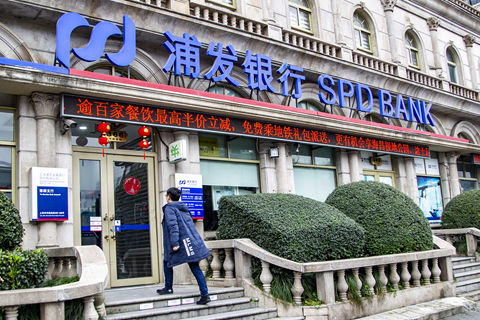 Sources told Caixin previously that the product was a private placement fund set up in September 2016. The fund, which managed assets worth 1.1 billion yuan and was registered as a non-principal protected product, was operated by Western Leadbank Fund Management Co. Ltd., a Shanghai-based wealth manager. SPD Bank served as an agent to sell the product and charged Western Leadbank certain commissions in return.

When it began selling the product, SPD Bank made guarantees to investors that their principal would not incur any losses, Caixin learned from multiple investors. The product defaulted when it matured in August 2018.

SPD Bank did not disclose the credit risk level or the type of product when selling it, the CBIRC’s consumer protection department said in a statement (link in Chinese) released on April 16. It also found the bank did not conduct sufficient due diligence before making its deal with Western Leadbank.

It is not the first time that SPD Bank has faced such criticism. In 2019, an investor sued the bank alleging it provided misleading information in selling risky investment products for Shandong-based broker Luzheng Futures Co. Ltd. The investor, who lost more than 4.5 million yuan, said SPD Bank touted the investment as a fixed-income product. The lawsuit is ongoing.

SPD Bank is the latest target of regulators’ sweeping campaign against off-balance-sheet banking activities. China’s banks are making progress to comply with new regulations governing the management and sale of wealth management products, which bars banks from making implicit guarantees.