JD Logistics Gets Its Hong Kong IPO Back on Schedule 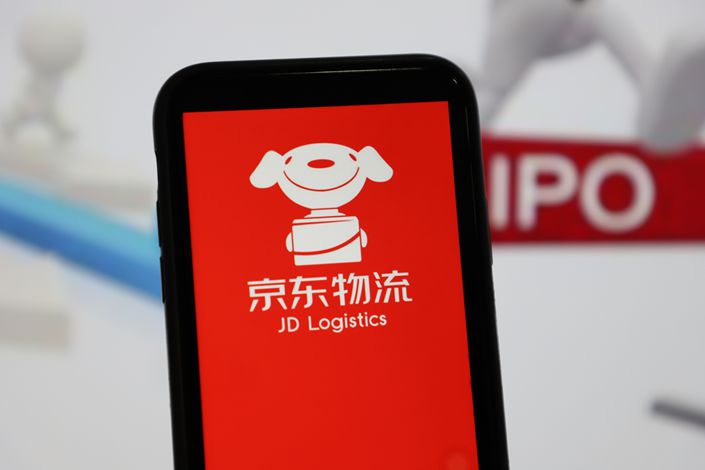 JD Logistics’ updated prospectus showed its 2020 revenue rose 47% to 73.4 billion yuan, giving it a roughly 2.7% share of a market whose main business is shipping millions of small packages from e-commerce sellers to buyers. Photo: VCG

A source close to the deal told Caixin the listing for JD Logistics Inc. ran into some headwinds last month after sector leader S.F. Holding Co. Ltd. (002352.SZ) issued a shock announcement saying it swung to a massive loss in this year’s first quarter from a profit a year earlier. S.F.’s Shenzhen-listed shares have lost about 20% of their value in the weeks since that announcement.

Many of the nation’s other major delivery firms have also reported big losses in the first quarter due to intense competition, undermining JD Logistics’ hopes for a strong valuation.

“There’s still a lot of enthusiasm surrounding the IPO price, but some in the market feel the valuation the company is seeking may be expensive,” said the source, speaking on condition of anonymity because he was not authorized to talk to the media.

The updated prospectus (link in Chinese) filed late Sunday contained new data for the final quarter of 2020, showing JD Logistics’ revenue rose 47% for all 2020 to 73.4 billion yuan ($11.3 billion). That gives it a roughly 2.7% share of a market whose main business is shipping millions of small packages from e-commerce sellers to buyers. The company gets more than half of its business from its parent, though outside customers are rapidly growing and accounted for 46.6% of its total by the end of last year.

Unlike China’s crowded field of about a dozen major parcel delivery companies, JD Logistics has never been profitable.

Despite the positive profit development, the company also hinted at the stiff competition that had wracked the industry in this year’s first quarter, saying it expected to post a large loss for the period amid sliding margins.

“We are more focused on growing the business and expanding market share than profitability,” it said in the updated prospectus. Reflecting that focus, the company said it had 260,000 employees at the end of this year’s first quarter, representing an increase over the 170,000 it had a year earlier and adding heavily to its expenses.