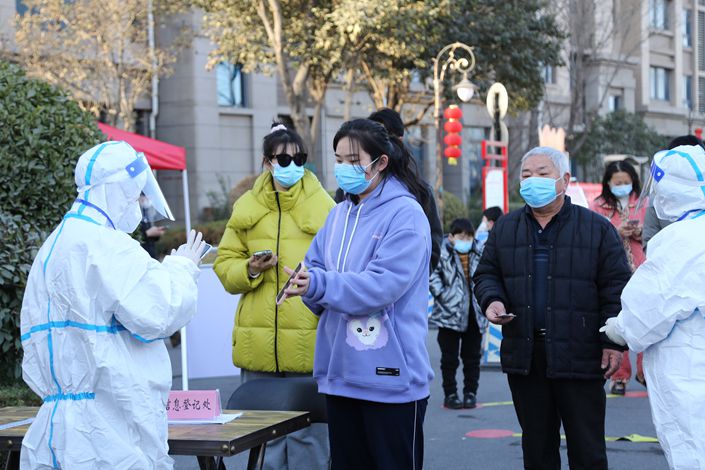 China’s cyberspace watchdog has released another list of app-makers caught abusing user data — including some backed by China’s biggest tech firms — as part of an ongoing national crackdown.

The Cyberspace Administration of China (CAC) on Saturday released (link in Chinese) a list of 33 apps — including popular Gaode Map, Baidu Map and Tencent Map — that it said were violating data rules by collecting personal information that’s not necessary for their services, or using the data without consent.

Specifically, Gaode Map, developed by Alibaba-backed Auto-Navi Software Co. Ltd., Baidu Map, developed by search giant Baidu Inc., and Tencent Map, operated by Tencent Holdings Ltd., were all found to have collected user data that was not necessary for the operation of the apps, according to the authority.

The CAC said the firms had 10 working days to rectify the issues and report back to the administration.

Multiple regulators in March jointly issued new rules that clarified what categories of data can be considered “necessary” for apps and stipulated that apps should not deny users access to basic services if they refuse to share data beyond the designated categories.

It’s not unusual for apps in China to collect unnecessary user information without their consent, and in December, the Ministry of Industry and Information Technology (MIIT) said it had ordered the removal (link in Chinese) of 120 apps from app stores in recent years over data privacy issues.

In February, the MIIT said it was drafting new rules to crack down on app operators that don’t obtain permission before accessing devices’ microphones, photo albums and contact lists.

High-profile data breaches and the growing use of facial recognition technology has strengthened public calls for the government to pass a unified law safeguarding the personal information of citizens. In the first seven months of last year, more than 8,000 apps and 478 companies were penalized by regulators for violating data collection rules.

A draft Personal Information Protection Law unveiled in October proposed a maximum fine of 50 million yuan ($7.7 million) or the equivalent of as much as 5% of revenue from the previous year on those that illegally handle personal information, among the toughest penalties in the world.

The suggestion has drawn a sharp response from the business sector, amid concerns about a lack of clarity and excessive punishment. The draft law also stirred debate about how best to regulate the use of personal data by government agencies.