China Sets Up National Body to Take On Child Abuse 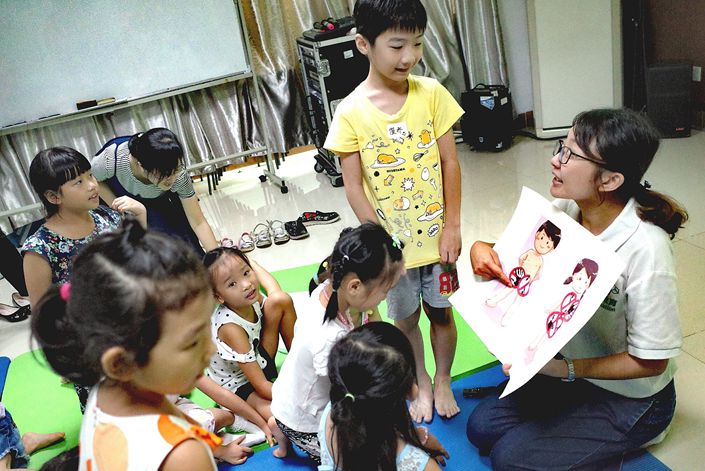 China has yet to establish any institutions that specialize in the protection of minors. Photo: VCG

China has set up a leading group to coordinate the protection of minors nationwide as the government attempts to develop a unified guardianship system, adding teeth to the implementation of a newly revised law that will go into effect next month.

Led by Vice Premier Sun Chunlan, the leading group was established to better protect the physical and mental health of minors and safeguard their legal rights, according to a recent notice (link in Chinese) issued by the State Council, China’s cabinet. Minors in China are defined as being under the age of 18 years.

The move comes after the National People Congress, China’s highest legislative body, in October passed an amendment (link in Chinese) to the Minors Protection Law. The revision requires authorities at county level and above to create a mechanism to coordinate, supervise and guide relevant departments in efforts to improve the protection of children.

“We need sustainable, regular and effective services, but this is hard to achieve if there is a lack of unified coordination,” Tong Xiaojun, a professor at the School of Sociology of the University Chinese Academy of Social Sciences, told Caixin.

Protecting minors involves a variety of societal factors — such as education, health, and family — making it difficult to define which agency should take responsibility, compounding neglect and hobbling efforts to protect children from sexual harassment and abuse, Tong said.

The leading group will work as a national coordinating body responsible for supervising and checking on the implementation of the Minors Protection Law and related laws and regulations, according to the notice. It will also supervise and handle major violations of minors’ legal rights.

China suffers from a scarcity of robust data on child abuse statistics, according to a previous study published by the World Health Organization.

However, an independent systematic review showed that 26.6% of children under the age of 18 in China suffer from physical abuse, 19.6% suffer from emotional abuse, 8.7% suffer from sexual abuse, and 26% suffer from neglect, according to a report published in the International Journal of Environmental Research and Public Health in August last year.

The October revisions to the Minors Protection Law added 60 articles with some specific measures for government agencies such as establishing a database of known child abusers, appointing specialized judicial personnel to handle cases involving minors and controls on what content and services social media and online operators can provide to children.

It also offered guidelines on how to prevent sexual assault against minors and care for the victims as well as those who suffer bullying at school and a lack of supervision in the home. The revised law is scheduled to take effect on June 1, International Children’s Day.

The purpose of creating a coordinating body is to prevent crimes against children, guarantee their welfare and promote the healthy development of minors, while also studying the causes of juvenile delinquency, said Yin Lin, an associate researcher at the Shanghai Academy of Social Sciences of Institute of Law.

However, China has yet to establish any institutions that specialize in the protection of minors, said Yin.

“The leading group can make up for this deficiency to a certain extent, but it can’t be a complete substitute,” said Yin.