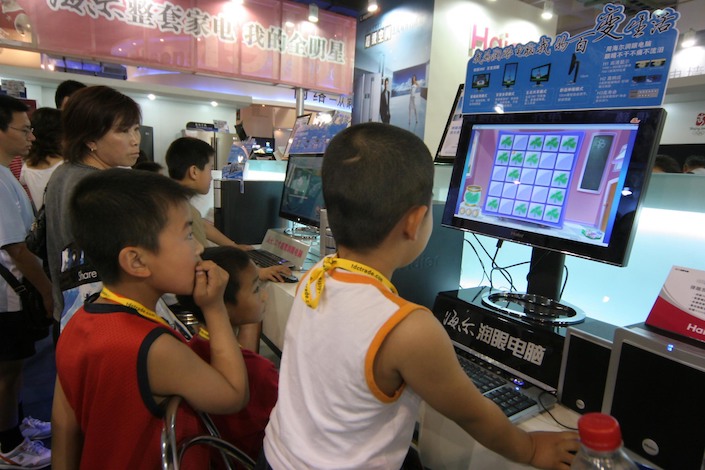 China is adding cyberspace language in its first potential revision in seven years to laws on the protection of minors. While seeking to curb internet addiction and cyberbullying, the proposed changes make only passing reference to gaming.

Online product and service providers should avoid offering content that may lead to addiction among minors and should limit usage time, privileges and the ability to spend money, according to an article (link in Chinese) on the draft law posted on the official website of the National People's Congress (NPC).

To tame cyberbullying, the draft law would prohibit individuals and organizations from insulting, slandering or threatening minors online, or from “maliciously distorting or damaging their image.” Parents and guardians of minors who are cyberbullied can request online services to delete the content or block offenders.

The draft law also would require spaces for minors that provide internet access, such as schools and libraries, to install software “for their protection,” while individuals and organizations that disseminate online products and services containing information potentially harmful to minors must display warnings before their display.

Echoing the country’s first online privacy regulations for younger children that came to effect this month, the NPC is requiring companies to seek permission from parents and guardians before collecting and using personal details of those below the age of 18 as well as combine services targeting them. Furthermore, they must create “convenient channels for filing complains” and have dedicated personnel to handle such reports.

Chinese gaming companies for years have fended off claims that they fuel harmful addiction. As far back as 2017, Tencent implemented parental controls in its highly popular mobile game Honour of Kings in response to criticism and in June teamed with other top developers to devise an age rating system.

Chinese authorities suspended game approvals for 10 months last year in a crackdown, which some analysts say was partly to constrain screen time in the absence of laws imposing moderation.