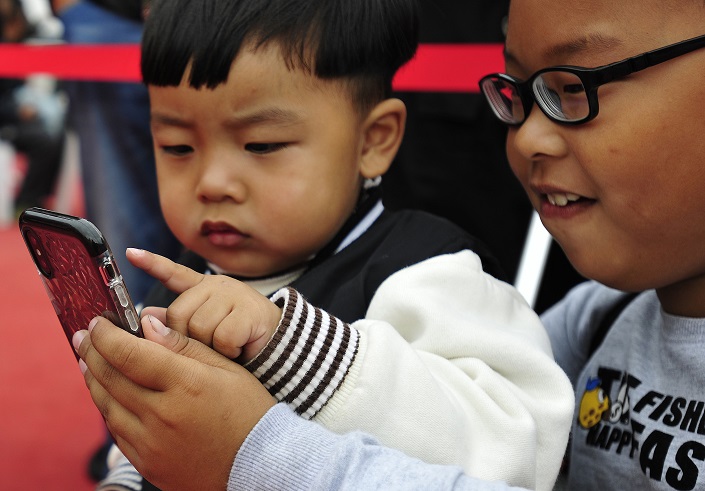 Children under six are not recommended to play games on their own, according to new draft rules. Photo: VCG

China’s biggest game developers including Tencent Holdings Ltd. have stepped up efforts to build a system to rate games for different ages, as the government tightens its control over a $38 billion industry it accuses of fomenting teenage addiction.

More than 10 of the country’s top gaming firms — including Tencent, NetEase Inc. and Perfect World — have teamed up to devise a system to assign games to one of four age categories, according to a proposal carried on the People’s Daily’s website. The effort is led by the online edition of the state-backed newspaper, often regarded as the mouthpiece of the Communist Party.

The rare instance of collaboration among often fierce rivals underscores the industry’s eagerness to pander to Beijing after a devastating 2018 crackdown. The proposed system will assign categories for players — from the ages of 6, 12, 16 and 18 upward — to titles based on content, genres and in-app purchases, among other things. Children under six are not recommended to play games on their own, according to draft rules.

It’s unclear how developers and publishers intend to enforce the ratings. The system is expected to be rolled out nationwide after an expert committee of researchers, press members and gaming executives have had time to assess and provide feedback, according to the People’s Daily’s online edition.

China doesn’t have a self-regulating organization that assigns ratings to games like the U.S. Entertainment Software Rating Board. The ESRB, for instance, slaps ratings such as “A” — adults, or 18 and above — “Teen” or “Everyone” on games based primarily on age.

Publishers are required to obtain government licenses for games sold domestically. But the process was suspended for nine months last year as Beijing attempted to reduce screen time for teenagers. That freeze, which wiped hundreds of billions of dollars off Tencent’s market value, spurred industry players to appease regulators by imposing stricter time limits on minors, while cleaning up content.