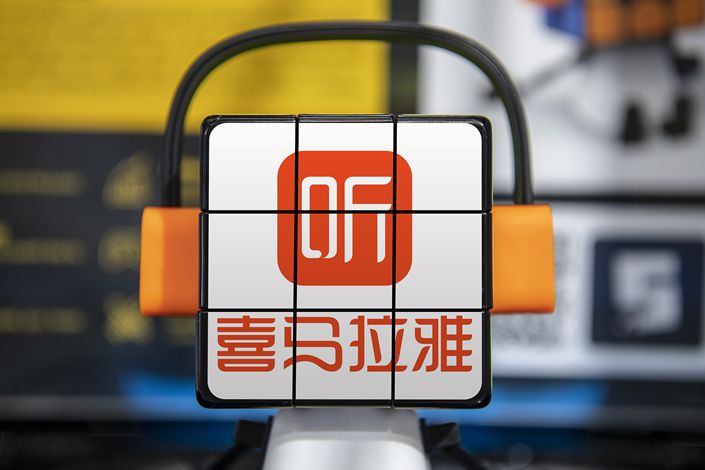 Podcast and audiobook app Ximalaya, backed by investors like Tencent, filed for an IPO in the U.S. on Friday. Photo: VCG

Tencent-backed podcast and audiobook platform Ximalaya Inc. has filed for a U.S. IPO, betting investors will buy into the growth story of China’s audio streaming industry even as it continues to bleed cash and deal with regulatory challenges.

Ximalaya on Friday filed for a proposed New York Stock Exchange listing with an initial fundraising target of $100 million, although that figure often goes up or down depending on investor demand.

Founded in 2012, Ximalaya focuses on podcasts and audiobooks generated both by professionals and amateurs. Last year, it had about 5.2 million active content creators.

A far smaller proportion of Chinese internet users listen to audio online than in more developed audio markets. The penetration rate of online audio in China, as defined as mobile online audio MAUs as a percentage of total mobile internet MAUs, was 16.1% in 2020, compared to 47% in the U.S., the prospectus said, citing a report prepared by China Insights Industry Consultancy Ltd., an independent management consulting firm commissioned by Ximalaya.

Read more
In Depth: Audio Apps Rise in China, as Beijing Listens In

It’s also proven challenging to persuade consumers to pay for audio, a problem podcast companies have faced in many markets. As a result, many have had to rely on more indirect ways to monetize their services.

Ximalaya’s prospectus said “if we are not able to continue to attract and retain users, convert non-paying users into paying users, and increase spending of paying users on our products and services, our business and prospects may be materially and adversely affected.”

Last year, about 43.3% of Ximalaya’s 4 billion yuan of revenue was generated from subscriptions, including memberships and paid on-demand listening services, according to its prospectus. About 26.5% came from advertising, while its livestreaming business, primarily driven by sales of virtual gifts that listeners sent to streamers, made up another 17.7%.

Meanwhile, Lizhi last year generated 1.5 billion yuan from such virtual gift sales, nearly all of its revenue, as in previous years.

Another challenge lies in content screening. The Cyberspace Administration of China said in a March notice (link in Chinese) that Ximalaya was among the dozen or so internet companies summoned to meetings to evaluate features on their apps, with a special focus on audio-based chatting.

Ximalaya said in the prospectus that “if any content on our platform is deemed to violate PRC laws or regulations … authorities may impose legal sanctions on us and our reputation may be damaged.”

Ximalaya said that it has deployed a variety of technologies and measures to monitor for any illegal, fraudulent or inappropriate content on its platform.