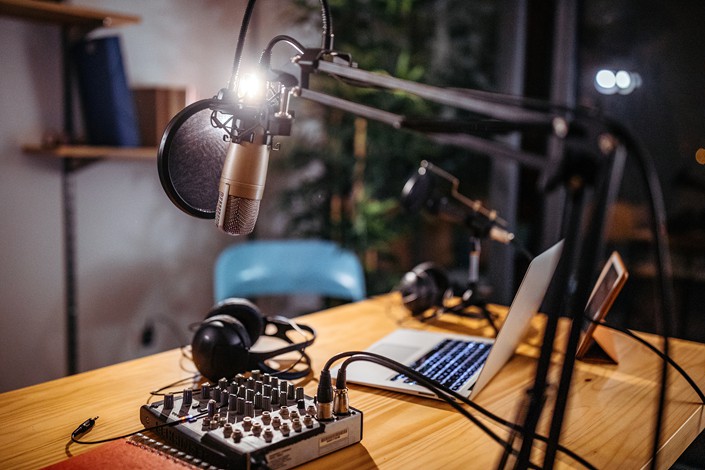 Back in February, the original Clubhouse — which lets users chat on topics in real time using ad hoc online groups — became an overnight sensation in the world’s largest internet market, and quickly spawned a generation of imitators.

But the party ended almost as quickly as it began with blocking of the app in China just days later — a move typically taken when local regulators worry about content on sensitive topics. Clubhouse’s many imitators continued undeterred, only to find themselves on the radar of China’s internet regulator, which was concerned over their ability to sway public opinion and “mobilize society.”

The Cyberspace Administration of China said in a March notice (link in Chinese) that it had summoned staff from about a dozen internet companies to meetings to evaluate relatively new features on their apps, with a special focus on audio-based chatting.

Clubhouse helped to shine a spotlight on the potential for audio apps in China. But the country’s vibrant internet sector is no stranger to such apps, which include podcasts and audiobooks as some of its core products. The nation’s stable of homegrown audio content streaming specialists includes the likes of Ximalaya and Nasdaq-listed Lizhi Inc., which have cultivated massive user bases.

China’s online audio consumers already outnumber the population of most countries, and the number is expected to keep growing strongly, according to a report (link in Chinese) released this month by iiMedia Research. The figure grew to 570 million last year from 490 million in 2019, and is expected to grow further to 690 million users in 2022, according to the report.

Despite those numbers, the global market is still relatively small in terms of revenue. Deloitte predicts the global podcasting market will reach $1.1 billion in 2020, and that audio books and podcasts are quickly outgrowing their niche status to emerge as substantive markets.

China was a relatively early arrival to the online audio field, with both Lizhi and Ximalaya tracing their podcast operations back to 2013. Lizhi said it averaged 58.4 million mobile active users each month in last year’s fourth quarter, up 12.6% year-on-year, according to its 2020 annual report.

Others have come to the party more recently, including a few with backing from some of China’s internet giants.

Former media professionals Yang Yi and Cheng Yanliang co-founded JustPod in Shanghai in 2018, aiming to build a brand that could become a local equivalent of American podcast producer Gimlet Media Inc. The company has so far achieved modest success with original podcast shows on topics such as culture and wine-tasting.

In January, Tencent Music went on to acquire Shenzhen Lanren Online Technology Co. Ltd., operator of the well-established Lazy Audio platform in China, for 2.7 billion yuan ($412 million). The move was intended to “significantly deepen our presence in the fast growing long-form audio industry in China,” according to Tencent Music CEO Cussion Pang.

Last October, Hong Kong-listed short-video app Kuaishou Technology Co. Ltd. also rolled out its own podcasting offering through a Beijing subsidiary. And in January Lizhi followed with its own specialized app providing curated podcast content drawn from its library built over the years.

Despite the growing popularity of audio formats, most players are facing the usual challenges getting people to pay for such products. As a result, many have had to rely on more indirect ways to monetize their services.

For example, Lizhi said in its 2020 annual report that the majority of its revenues came from virtual gift sales, and therefore “our success in monetization primarily depends on our ability to maintain and increase the size of our user base and user engagement level.”

Last year, Lizhi generated 1.5 billion yuan from such virtual gift sales, representing nearly all of its revenue. That fact was unchanged from the previous two years, when such sales took up more than 98% of revenue, according to the annual report.

Lizhi has yet to turn a profit. It recorded a net loss of 82.2 million yuan last year, narrowing from a 133 million yuan loss in 2019, its annual report showed.

In a bid to diversify its revenue, Lizhi has entered into collaboration agreements with a number of automakers in China, including electric car maker Xpeng Motors, to roll out in-car audio content services. Earlier this month, Lizhi said that it was adding a Clubhouse-style function named “livestream podcast” on its podcast app, which will also be incorporated into the infotainment systems of Xpeng-branded vehicles.

The new feature will allow participants to chat with others in their cars across a wide range of audiences and networks on both the mobile app and through in-car operating systems, Lizhi said in an April statement.

Cao Qi, creator of the popular “Startup Insider” podcast, told Caixin that China currently lacks any good system allowing advertisers to place ads in podcasts and monitor their effectiveness. He added deep-pocketed internet giants like Tencent and ByteDance could boost the sector by helping to build up such advertising infrastructure.

Lizhi, which was not among the group summoned by the cybersecurity regulator in March, said in its annual report that regulation and the kind of content screening it is required to do “may adversely affect our business and subject us to liability for content on our platforms.” It said it is using AI-based technologies supplemented by a team primarily consisting of staff outsourced from third parties, to monitor for any illegal, fraudulent or inappropriate content.

“Despite our efforts to monitor content on our platforms and the actions of the hosts and users, our platforms were previously subject to restrictive measures taken by the government authority in the past for insufficient monitoring system,” Lizhi said in the annual report without elaborating.

Zhang Yi, CEO of iiMedia Research, said that if Chinese companies want to build up Clubhouse-like platforms, they might have to focus more on entertainment content to prevent the kinds of risks associated with carrying user-generated content.

This story has been updated to correct where Tencent Music is listed. It is listed on the New York Stock Exchange.