By Timmy Shen and Shen Xinyue 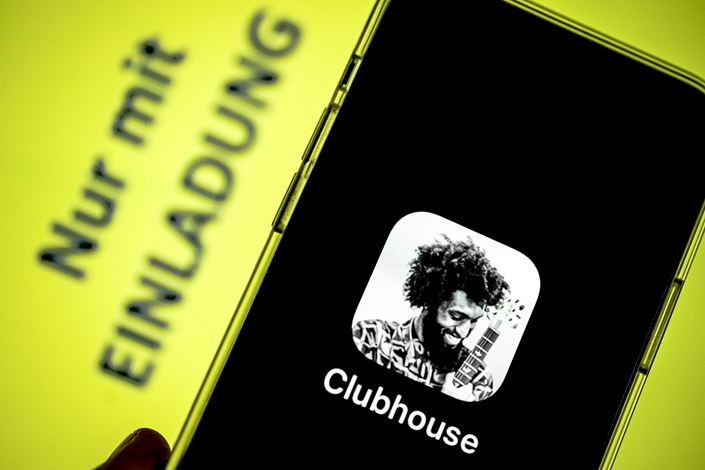 Clubhouse is an invitation-only, audio-based app that allows users to set up public or private live chatrooms. Photo: IC Photo

China’s internet sector has reacted swiftly to the sudden popularity of American audio drop-in app Clubhouse, with at least two similar apps rolled out since it was blocked in China earlier this month.

A similar app called “Now,” developed by internet startup Tianjin Xiaochuan Technology Co. Ltd., was made available on in Apple Inc.’s App Store last weekend, and its functional design and interface are very similar to those of Clubhouse.

Also, Hong Kong-listed livestreaming platform Inke Ltd. recently rolled out “Duihuaba,” or “Let’s Chat,” but it has since been removed for “upgrades,” according to the company, from the App Store and the Google Play Store.

Clubhouse is an invitation-only, audio-based app that allows users to set up public or private live chatrooms.

The craze over Clubhouse in China emerged after Tesla Inc. CEO Elon Musk earlier this month participated in talks on the app, and it quickly took the Chinese internet by storm. Vendors on some online marketplaces were even selling invitation codes to the app for hundreds of yuan (tens of U.S. dollars) each.

Chinese mainland users flocked to Clubhouse, which hosted discussions about taboo topics like cross-strait relations and the Xinjiang Uygur autonomous region. However, by Feb. 8, they were unable to access it and it became unavailable on the App Store.

China’s internet sector was quick to start working on similar products once the popularity of Clubhouse gained momentum.

Tianjin Xiaochuan’s Now, for example, shares many similarities with Clubhouse, from its invitation-only protocols to the interface design. Users of Now need invitation codes to use it and, as with Clubhouse, they need to authorize the app to access their contacts.

Screenshots of the Now interface on the App Store show that it is almost identical to Clubhouse in terms of its circular grid design and chatroom features.

A source at Tianjin Xiaochuan told Caixin the company doesn’t have the resources of a large technology giant and its team worked nonstop during the Lunar New Year holiday to roll out the app.

It was not clear what steps the Chinese clones may have taken to avoid being blocked on the mainland.

Inke and Tianjin Xiaochuan are not the only companies that have identified the potential driven by Clubhouse’s popularity.

Guangzhou-based Lizhi Inc., a Nasdaq-listed podcast app, was one of the largest beneficiaries of the Clubhouse craze due to speculation that it could become the Chinese equivalent of the U.S. app. Lizhi’s stock nearly quadrupled in the three trading days between Feb. 2 and Feb. 4.