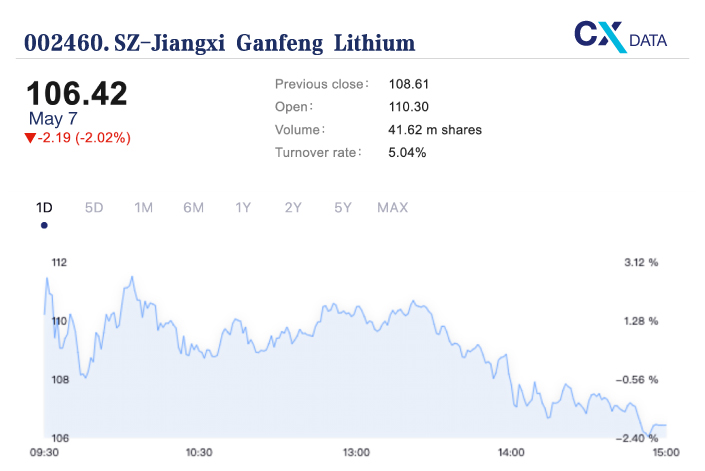 Despite its potential, the project has yet to start production. Ganfeng said it hopes to speed up the project’s launch once the deal is completed, according to its announcement to the Shenzhen Stock Exchange on Thursday. It estimated the project will have capacity to produce 20,000 tons of lithium hydroxide annually in its first stage — equal to about a quarter of the company’s total lithium hydroxide output for 2020.

Ganfeng’s involvement in the project dates back to 2019 when it purchased 17.41% of Bacanora. In February this year it announced it would boost its stake to 28.88%. The latest move will see the Chinese company pay 67.5 pence for each of Bacanora’s remaining shares, representing a 51.3% premium to the share price over the last three months.

Following the announcement, Bacanora shares shot up 26.67% to close at 57 pence on Thursday, giving the company a market value of about 188 million pounds. The shares were up slightly in Friday morning trade in London.

Strong demand for the metal has pushed up the price for battery-grade lithium hydroxide to 82,500 yuan ($12,751) per ton on the Shanghai Metals Exchange, 68% higher than the price at the start of the year. Battery-grade lithium carbonate had risen by an even stronger 72.8% to 89,000 yuan per ton through Thursday.