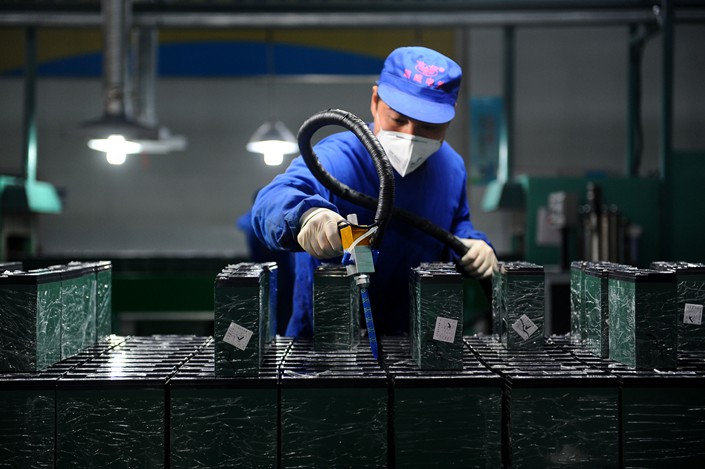 Lithium prices in China are picking up after sliding to a near historic low in mid-2020, following steady growth in new-energy vehicle (NEV) sales in the world’s biggest market.

Prices for battery-grade lithium carbonate — a key metal used in batteries for a string of NEV modules including Tesla’s Shanghai-made Model 3 — soared to 59,000 yuan ($9,102) per ton on Monday, up by nearly 50% on the August 2020 price, according to data from the Shanghai Metals Market (SMM).

China’s NEV sales returned to positive growth in July last year after posting consecutive declines in the first six months, according to the China Association of Automobile Manufacturers (CAAM).

There have been double-digit increases in sales since last August, and CAAM estimates final figures for the year will show an 8% year-on-year rise to 1.3 million units.

With state subsidies for NEVs due to fall further this year, there has been a boom in installation of cheaper lithium iron phosphate batteries that can be made without costly cobalt. The batteries’ use on the Tesla production line late last year helped lower prices in China for the Model 3 by nearly 15%.

Lithium carbonate, a key raw material in producing the batteries and which makes up over half of its total cost, enjoyed a jump in demand.

In the first 11 months of 2020, a total of 34.5% of NEVs in China had lithium iron phosphate batteries installed, a rise of 5 percentage points, according to data from a think tank affiliated with China Automotive Battery Research Institute Co. Ltd. And the market share of the battery technology could continue to grow this year, analysts and car industry insiders projected.

Apart from the downstream demand drive for this type of battery, manufacturers placing new orders for the year ahead, coupled with a bullish market sentiment, also pushed up lithium prices, said Mei Wangqin, an analyst at SMM specializing in new energy.

Domestic demand for lithium carbonate in the fourth quarter of 2020 rose 84.2% year-on-year to 33,000 tons, according to SMM. Supply shortages have emerged since October, Mei said, as production declined in the northwest Qinghai province in winter. Qinghai has 54% of the country’s lithium reserves, the local government website reported.

Sun Jingwen, a senior analyst at Minmetals Securities Co. Ltd., forecast that supplies of lithium carbonate would be tight this year, and there may even be a shortage. But this situation would ease in 2022 when expansion projects in South America come online.