By Lu Wen and Denise Jia 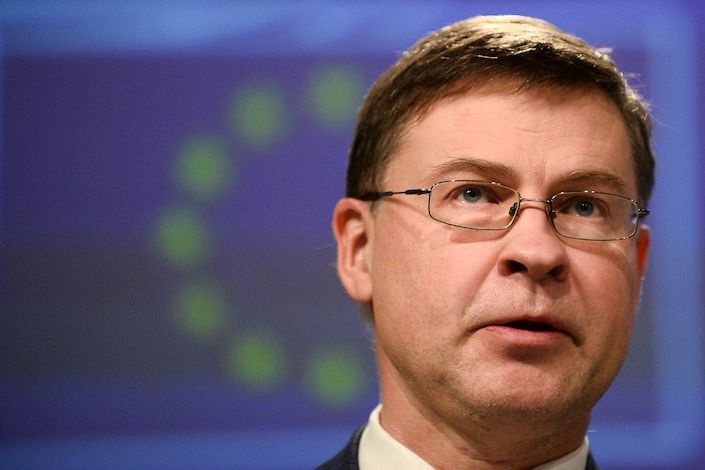 The fate of the European Union’s investment deal with China after seven years of negotiations fell into doubt after EU officials made conflicting comments about it in the wake of an exchange of sanctions related to China’s treatment of the Uyghur Muslim minority in the Xinjiang region.

“It’s clear in the current situation with the EU sanctions in place against China and Chinese counter-sanctions in place, including against members of European Parliament, (that) the environment is not conducive for ratification of the agreement,” Dombrovskis said in an interview. It will “depend really on how broader EU-China relations will evolve,” he said.

In March, the EU imposed travel and economic sanctions on four Chinese officials in response to China’s treatment of the Uyghurs. In response, Beijing announced counter-sanctions against 10 European officials, half of them members of the European Parliament, and four entities.

An EU spokesperson later said the ratification of the deal is “not quite suspended.”

“The agreement needs to be now legally reviewed and translated before it can be presented for adoption and ratification,” the EU spokesperson said in a written statement. “However, the ratification process of the [deal] cannot be separated from the evolving dynamics of the wider EU-China relationship.

“In this context, Chinese retaliatory sanctions targeting members of the European Parliament and an entire parliamentary committee are unacceptable and regrettable,” the spokesperson said. “The prospects for … ratification will depend on how the situation evolves.”

Chinese Foreign Ministry Spokesperson Wang Wenbin at a routine press briefing Thursday said he was aware of the news reports and the EU spokesperson’s comment.

“The China-EU investment agreement is essentially mutually beneficial, Wang said. “It serves the interests of both sides and the whole world. China stands ready to maintain communication and coordination with the EU and work together for the early entry into force of the deal for the benefit of the people and to send out a positive signal of China and the EU supporting an open world economy.”

Brussels and Beijing hammered out the investment agreement in December 2020. Before it can take effect, the accord needs to be ratified by EU member states and the European Parliament, where it faces massive opposition.

A European source familiar with the negotiations told Caixin that no new decisions have been made within the EU in recent days on the prospect of reviewing the agreement. The “suspension” mentioned by Dombrovskis is more about a pause in the review of the agreement following the sanctions rather than any new EU decision, the source said.

According to the original roadmap for the accord, China and the EU were to spend at least six months in 2021 finalizing the legal language and text of the agreement. Then it would take three to four months to complete the translation and review of the translation before the ratification process could start.

EU Ambassador to China Nicolas Chapuis told Caixin Thursday that the agreement is undergoing legal review and translation. Once this process is over, there will be a decision, and it will depend on how the political situation between the EU and China evolves, he said.

Hannah Neumann, a German member of the European Parliament and vice chair of the parliament’s subcommittee on human rights, told the South China Morning Post that regardless of whether Dombrovskis spoke out of context, the parliament would vote whether to push the ratification process forward or freeze it in the May session.