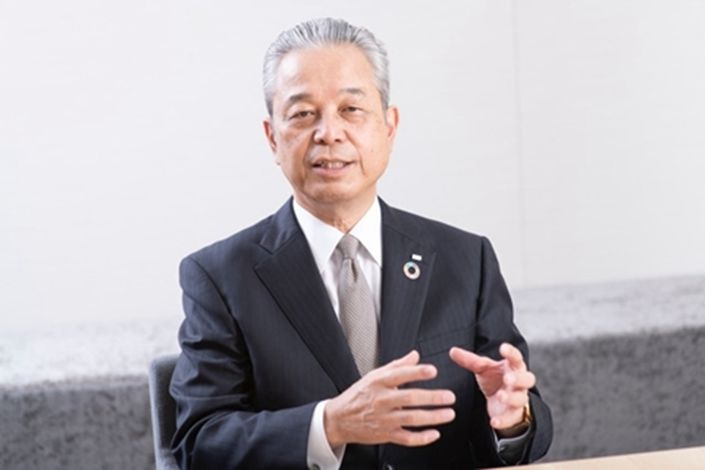 For emerging Asian economies figuring out how to decarbonize their economies, Japan has a unique solution that may come in handy — carbon dioxide-free thermal power generation, the head of country’s largest electric utility said.

In an interview with Caixin, Satoshi Onoda, president of JERA Co. Inc. said the company is open to cooperating with China on power generation that uses hydrogen and ammonia fuels, two pillars of Japan’s zero-emission plan. “The goal is the same so let’s step forward together,” he said.

Onoda’s invitation came after East Asia’s largest and second-largest economies joined the global race for decarbonization. China pledged in September to bring its carbon emissions to a peak by 2030 and achieve carbon neutrality by 2060, whereas Japan in October promised to become carbon neutral by 2050.

Onoda observed that the two countries are on different paths to achieve these goals.

"China is a vast country, so it is possible to build a lot of renewable energy facilities in the desert and mountainous areas, thus flatting fluctuations,” he said, referrring to the intermittant generation problem that plagues renewable projects.

Meanwhile, in Japan, it is difficult to completely replace all conventional power sources with renewable energy due to the country’s geography and climate. Therefore, it makes sense to gradually introduce carbon dioxide-free fuels like hydrogen while maintaining existing thermal power generation facilities. At the same time, carbon dioxide-free power generation can help augment total electricity output.

JERA was founded in 2015 as a 50-50 joint venture between Tokyo Electric Power Co. Holdings Inc., known as TEPCO, and Chubu Electric Power Co. Inc. to create an independent group to operate their thermal power plants and consolidate their respective liquefied natural gas (LNG) procurement arms into a single entity. This integration was prompted by the earthquake in 2011 that led to the Fukushima nuclear disaster, which shook up the country’s nuclear power industry and shredded TEPCO's reputation.

Today, with 27 thermal power stations, JERA is Japan’s largest power utility, responsible for more than 10% of the country's overall carbon dioxide emissions. The company surprised the industry in October by unveiling a decarbonization roadmap just weeks before Prime Minister Yoshihide Suga’s made his decarbonization pledge. JERA plans to gradually develop its ammonia-fueled power stations before starting to work on hydrogen-fueled stations, with the goal of reaching net-zero emissions by 2050.

Onoda says the company hopes to eventually expand overseas, including in Southeast Asia, Australia, and the U.S. He believes JERA’s unique transition model could resonate with emerging Asian economies in particular. “We can help those countries that are actively pursuing energy policies, such as Bangladesh and Vietnam, not just as a single project but as a portfolio.”