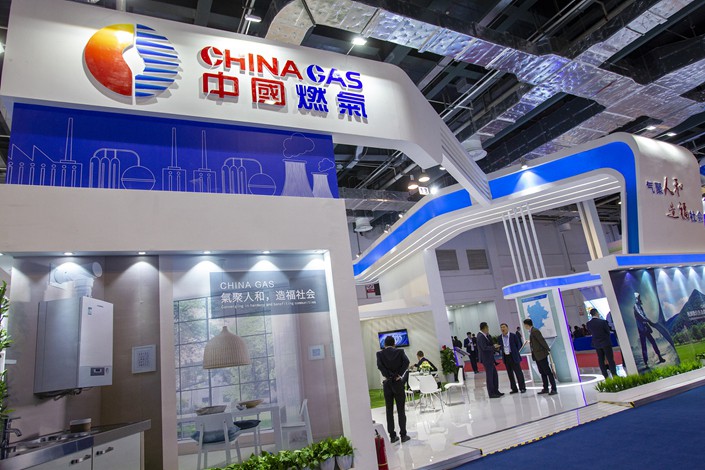 China Gas will cooperate with CNOOC Gas and Power Group Co. Ltd. to develop a skid-mounted natural gas to hydrogen production system and build hydrogen refueling stations, as well as storage and refueling equipment, according to a filing to the Hong Kong Stock Exchange on Monday.

“The Group is convinced that rapid development in the hydrogen industry in China will promote the sustainable growth in the overall natural gas industry, and play an important role in achieving the Group’s strategic goal of long-term sustainable development,” the company said in the statement.

Hydrogen, which is used in vehicle fuel cells to produce clean energy by combining with oxygen and only creating water as a byproduct, was categorized as an energy source for the first time in China in April last year. Since then, a swathe of SOEs in the energy sector have joined the race to commercialize the clean fuel to fulfill Beijing’s carbon reduction pledges, with Sinopec planning to open 1,000 stations selling solely hydrogen or both hydrogen and gasoline by 2025.

But the sector has been plagued by sluggish demand and high production costs. China sold just 1,777 hydrogen-powered cars in 2020, down 57% year-on-year, according to the China Association of Automobile Manufacturers. And operating hydrogen filling stations is far from lucrative due to low utilization rates, Fang Feijun, whose company Shanghai Hyfun Energy Technology Co. Ltd. operates a chain of such stations, told Caixin earlier.

The skid-mounted natural gas to hydrogen technology may bring the business one step closer to profitability as the small size of the production facilities enables them to be incorporated into regular gas stations, said a report by securities firm BOCOM International Holdings Co. Ltd. on Wednesday.

Hydrogen refueling stations that utilize this technology can produce 200 kilograms of the clean energy in one hour, or charge 20 vehicles every hour, said the report.

China Gas Holdings is one of the country’s largest energy service providers, with over 600 filling stations catering to liquefied natural gas (LNG) vehicles and ships, while the CNOOC subsidiary is the world’s third-largest LNG importer. The cooperation between the two “will fully exploit their respective competitive edges…and create positive strategic synergy effect,” said the filing.