By Luo Guoping and Matthew Walsh 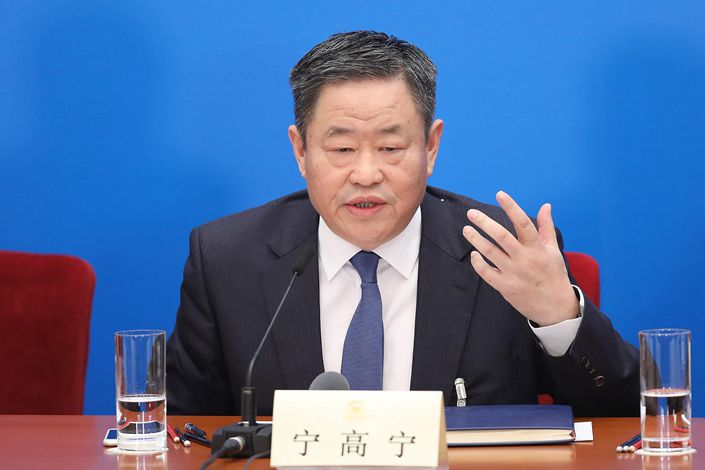 China has finalized the merger of the country’s two largest chemical producers to create a new state-owned company, Sinochem Holdings Corp. Ltd., part of a long-anticipated bid to create scale, cut costs and ease debt pressures on the firms involved in the tie-up.

The new company was formed through the merger of China National Chemical Corp. Ltd. (ChemChina) — the firm behind the record-breaking purchase of Syngenta AG in 2017 — and Sinochem Group Co. Ltd.

Sinochem Holdings is a wholly owned subsidiary of the State-owned Assets Supervision and Administration Commission (SASAC) of the State Council — China’s cabinet — and has full control over the two partners in the merger.

Sinochem Group said in a statement last month that the merger aims to create synergies, build a world-class chemical company and promote the high-quality development of China’s chemicals industry. Both partners in the merger have sprawling interests in agrochemicals, materials, rubber and tires, machinery and industrial finance.

Sinochem Holdings has not said what its creation means for Syngenta, which ChemChina bought for $43 billion four years ago in the biggest ever overseas acquisition by a Chinese firm.

However, ChemChina and Sinochem Group said earlier this year that they had consolidated their agrochemical assets into a holding unit that includes Syngenta. In February, Syngenta said it will seek to go public in mid-2022 to broaden its access to financing and alleviate some of the debt pressure that ChemChina accumulated during the acquisition.

Sinochem Holdings was incorporated on Thursday, according to its business license. It claims on its website to be the “world’s largest chemical conglomerate,” with a presence in more than 150 countries and more than 220,000 employees.

China approved the merger in March following years of speculation that the two chemical titans were being encouraged to join forces. Beijing is thought to have supported ChemChina’s purchase of Syngenta on the condition that the Chinese firm later fused with Sinochem Group.

Ning has served as CEO of Sinochem Group since 2015 and of Chemchina since 2018. At 62 years old, he is approaching the traditional retirement age for SOE executives.

He has a track record of presiding over mergers and acquisitions. During a decade-long stint at China Resources Holdings Co. Ltd. from 1987, Ning oversaw the start of a buying spree that saw the state conglomerate’s total assets balloon from 10 billion yuan in 1990 to around 900 billion yuan today.

He later spent 11 years as CEO of state-run agricultural titan COFCO Corp., during which he launched more than 50 mergers and acquisitions, including the purchase of Netherlands-based Nidera Capital BV and Hong Kong’s Noble Group Holdings Ltd., two agricultural commodities traders.

Prior to joining CNPC, 57-year-old Li served as a deputy director of the National Energy Administration, where his remit included oil and gas, energy conservation, technology modernization and international cooperation.

He spent a quarter of a century at CNOOC Ltd., rising to become the state offshore oil giant’s CEO and spearheading its $15 billion deal to acquire Canadian energy firm Nexen in 2013.