By Wang Xintong and Ma Danmeng 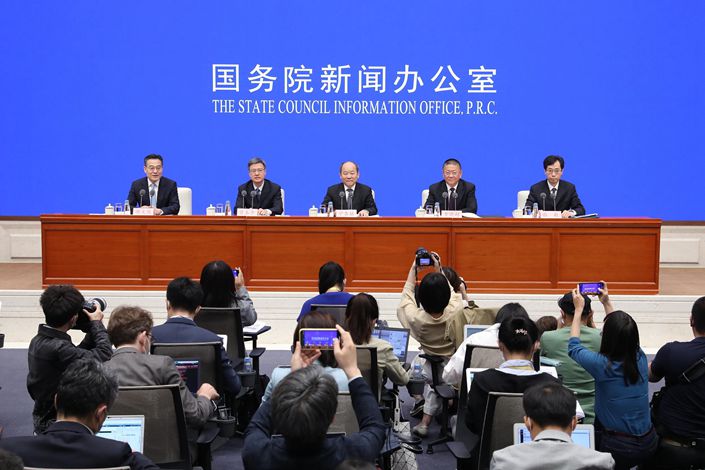 The data showed the population kept growing at a slow pace, which will continue to slow before reaching a future peak, Ning said. He added it is unclear when that would be as it depends on many variables, such as changes in age demographics and fertility policies.

The announcement contradicted previous media reports that speculated about a population drop. Citing anonymous sources, the Financial Times reported in late April that China would experience its first population decline in five decades, losing the momentum needed to exceed the 1.4 billion mark.

The latest national census, the seventh since 1953, has been closely watched since it was launched in November. The results were scheduled to be released in early April but were delayed, reportedly due to the need for additional preparation.

The Tuesday announcement showed that the size of the country’s 494 million households shrank to 2.62 people per household in 2020, down from 3.1 persons 10 years earlier.

“The change was due mainly to the increasing mobility of our population, improved housing conditions and more young couples choosing to live independently,” Ning said.

At the same time, the number of children rose by just 1.35% and the working-age population fell by 6.79%.

“China’s aging process is accelerating,” Ning said, adding that the elderly population has multiple characteristics. The Chinese mainland has 31 provinces and regions, 16 of which have more than 5 million elderly residents, and six with 10 million, Ning said.

He also said there are obvious differences in the level of aging between rural and urban areas, with more elderly residents living in rural areas. In 2020, the proportion of people aged over 60 and over 65 years old in rural areas was 23.8% and 17.7%, respectively, higher than in cities and towns.

Currently, China has a working-age population of 880 million, which means labor resources are still abundant, Ning said. “The average age of the population is 38.8 years, still young and strong on the whole,” he said, adding that it’s nearly the same as the U.S.’ population.

Birth rate at a low level

The results show China registered 12 million newborn babies in 2020, with a total fertility rate of 1.3 for women of childbearing age, far lower than the expected rate of 1.8.

“The number of women of childbearing age is declining,” Ning said. “This is mainly because of the weakening effects of the two-child policy and the coronavirus pandemic which increased family concerns over giving birth.”

China has applied a two-child policy since 2016. According to NBS data, the number of births in the country was 17.89 million that year. It continued to drop in following years to 14.65 million in 2019.

According to a 2017 notice (link in Chinese) issued by the State Council, China’s cabinet, the effects of the two-child policy were expected to be fully functional by 2020. The State Council also set a total population target of 1.42 billion with a total fertility rate of 1.8, the notice said.

“More specifically, only when a couple has 2.1 children on average is the country able to maintain a normal population replacement level,” Chang said.

According to the “low fertility rate trap” theory, experts say it will become difficult to reverse declining fertility trends once the rate falls below 1.5.